Glioblastoma (GBM) is a devastating brain tumor lacking effective treatments. This is largely due to invasion of GBM cells, which enables escape from resection and drives inevitable recurrence, typically 2 cm from the location at diagnosis. Progress in developing therapies to combat this process has been slow due to problems with the cells being studied and the methods of analysis.

First, existing studies have failed to recognize that infiltrating GBM cells extending beyond the tumor edge have evolved a unique adaptive cellular machinery due to local stressors in their microenvironment. Unfortunately, these cells at the invasive tumor front are often not the ones sampled in studies analyzing banked tumor tissue, which is typically procured from the readily accessible central portions of the tumor.

Another problem is that most studies of invasiveness have used two-dimensional (2D) culture systems coated with a thin layer of ECM proteins, which fail to capture the dimensionality, mechanics, and heterogeneity of GBM invasion. To address these limitations, our team has combined site-directed biopsies from GBM with tissue engineered platforms to study invasion in vitro. Using site-directed biopsies, we have shown increased GBM cell invasiveness and increased expression of invasion-promoting integrins and extracellular matrix (ECM) splice variants outside versus inside enhancing MRI regions. We have also developed patient-derived xenografts (PDXs) from these site-directed biopsies that exhibit more invasiveness when arising from the tumor edge.

Our team also became among the first to bioengineer 3D hydrogel systems as a discovery platform In GBM. We found that as CD44-mediated peritumoral invasion falls, perivascular integrin-based motility increases. Here, we will build upon these intriguing discoveries by investigating our central hypothesis that as GBM cells exit the tumor core, reciprocal interactions with the microenvironment drive a targetable transition from peritumoral to perivascular invasion.

These goals will be accomplished through three aims: Aim 1 – Define changes in the tumor microenvironment promoting invasive change as tumor cells egress away from the central core to the outer edge of GBM; Aim 2 - Refine bioengineered culture models to replicate the microenvironment of the outer edge of GBM and identify the role of TAMs in driving invasion in this region; and Aim 3 - Define the role of integrins in the invasiveness of GBM cells from the outer tumor edge and identify druggable mediators of invasion in this region.

To accomplish these goals, we will use novel PDXs and tissue engineered platforms, along with CRISPRi, single-cell technology, and site-directed biopsies. Our studies will uncover mechanisms by which tumor cells and their microenvironment are altered to drive increased invasiveness as cells migrate away from the tumor core. This work will challenge conventional thinking by showing how GBM integrates distinct regional microenvironments. We will account for these distinctions when identifying novel druggable targets to disrupt GBM cell invasiveness, with potential applicability to other invasive cancers as well. 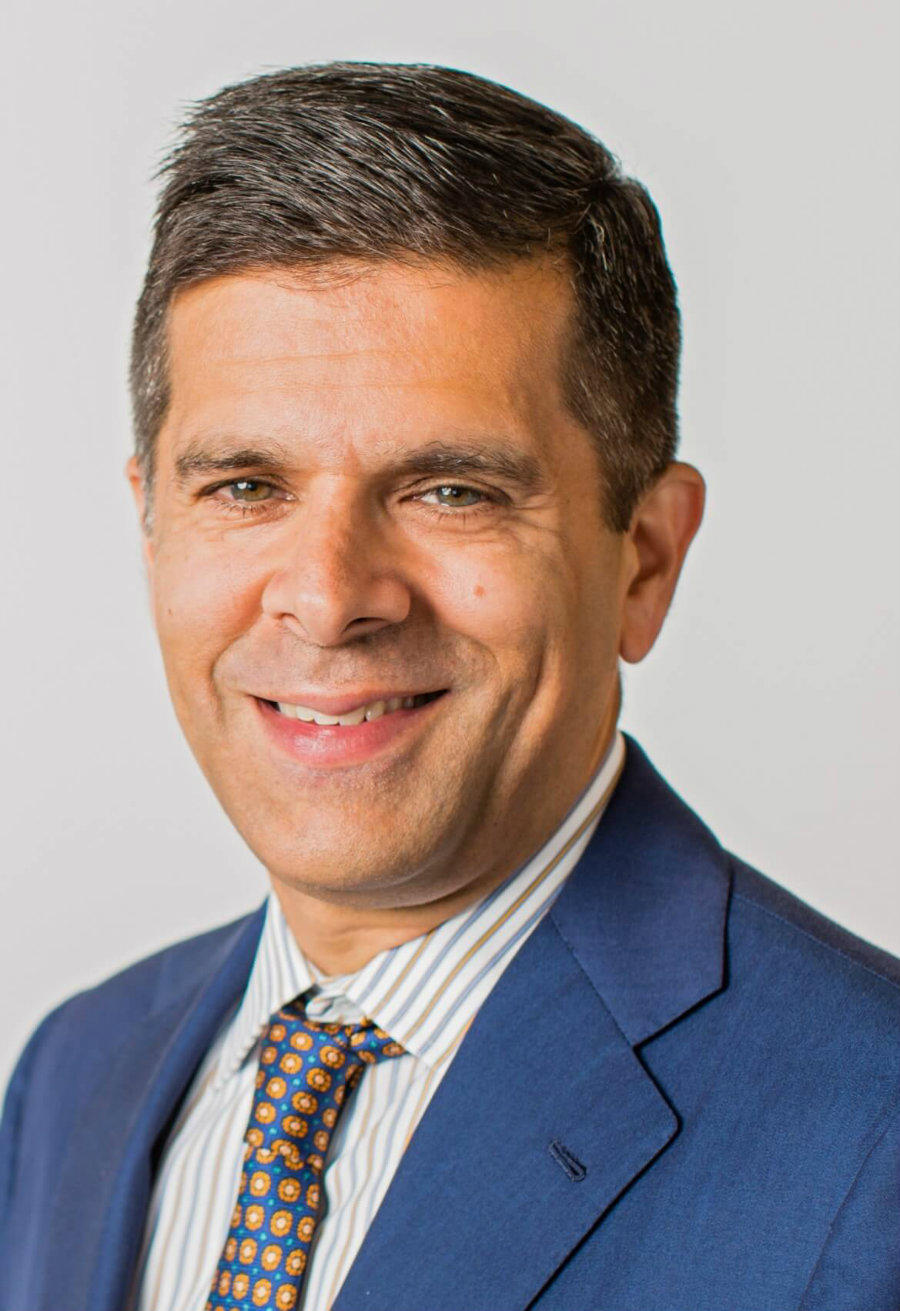 Manish Aghi joined UCSF as a neurosurgeon-scientist in 2008 and is currently Professor and Vice Chair of Neurosurgery, and faculty in the graduate program in Biomedical Sciences (BMS). He obtained BS and MS degrees in biology at Stanford and an MD-PhD with PhD in neuroscience from Harvard University, followed by postdoctoral training at Harvard and neurosurgical residency at Massachusetts General Hospital.

The primary focus of Dr. Aghi’s research is the glioblastoma microenvironment and its role in therapeutic resistance along with developing therapies targeting the microenvironment. He has been the PI of numerous NIH grants devoted to studying this problem at the bench using regional sampling of tissue taken from his operating room. He has also been PI of multiple NIH funded phase I-II clinical trials using convection-enhanced delivery of therapies to glioblastoma.

Key contributions from his team include defining the pathways leading to resistance to anti-angiogenic therapy in glioblastoma and single cell profiling of the cells of the tumor microenvironment, including macrophages, neutrophils, and fibroblasts, and demonstrating pro-tumoral contributions of each. 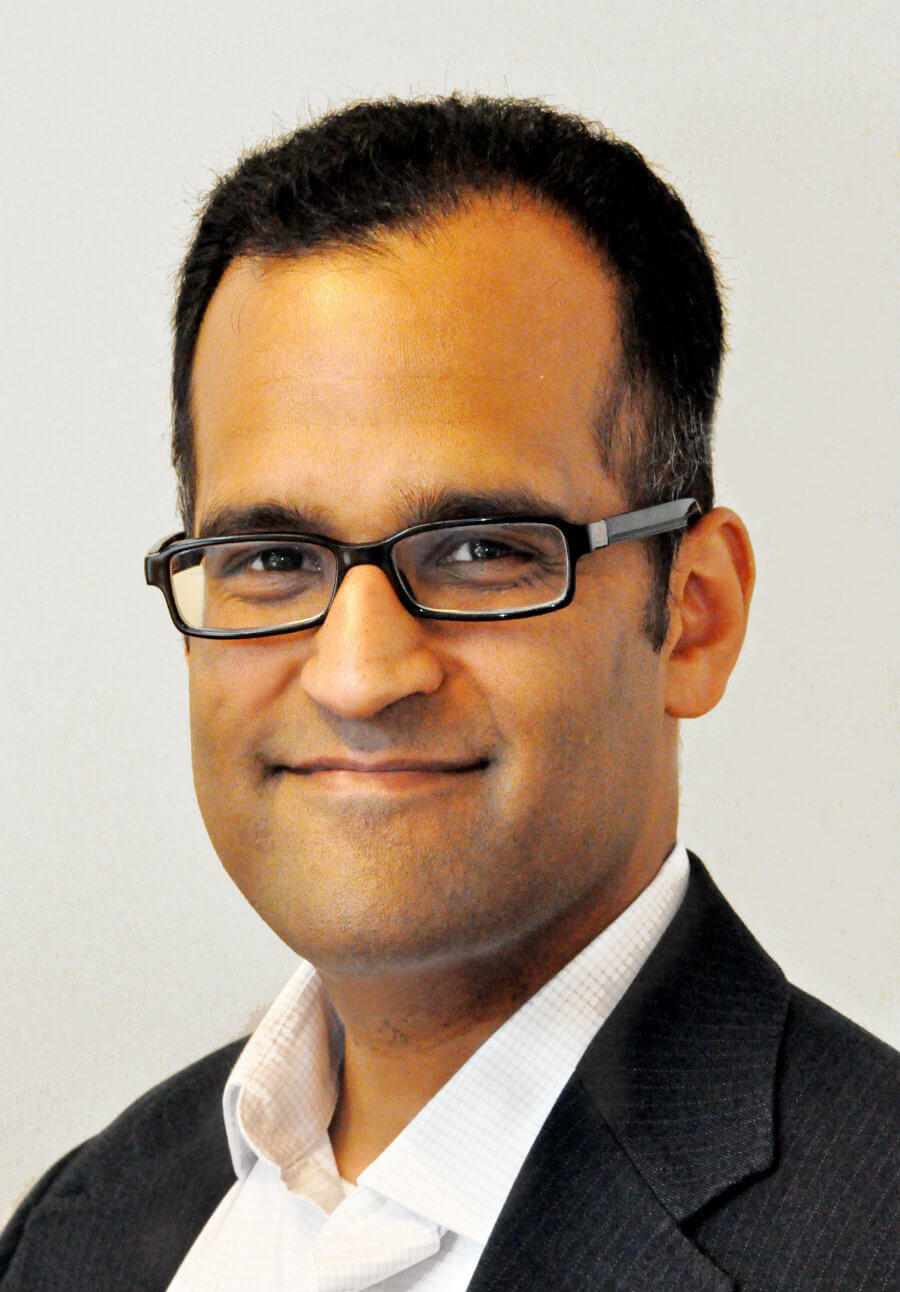 Sanjay Kumar is Professor and Associate Chair of Bioengineering at UC Berkeley, where he has been on the faculty since 2005.  He also holds appointments in the Department of Chemical and Biomolecular Engineering and Lawrence Berkeley National Laboratory. He obtained his BS in Chemical Engineering from the University of Minnesota followed by an MD and PhD in Molecular Biophysics from Johns Hopkins University.  He then completed postdoctoral training at Harvard Medical School and Boston Children’s Hospital.

His lab focuses on cellular mechanobiology and cell-biomaterial interactions, with a specific interest in cancer and stem cell biology within the brain.  Key contributions from his team include the development of engineered material platforms for investigating GBM invasion as well as the discovery that GBM progression in vitro and in vivo may be controlled by manipulating mechanotransductive signaling.