It’s a heartbreaking story, and one that happens too often. A patient with advanced cancer receives a drug that helps shrink their tumors, allowing them more time with family, but then weeks or months later the cancer comes back and the drug no longer works.

Drug resistance remains one of the biggest challenges in cancer therapy. It exists across all types of cancer and all modes of treatment, including molecularly targeted therapy, immunotherapy, and chemotherapy. Solving the puzzle of why cancers become resistant to therapy and how to overcome or prevent it is a goal that NCI is pursuing on many fronts, including basic science to understand biological mechanisms and clinical trials testing new treatment strategies.

Multiple factors, within cancer cells themselves and in the local environment in which the cancer cells exist (the tumor microenvironment), contribute to how well a drug works. These factors may differ from patient to patient and even among tumors in a single patient. Tumors are made of diverse cells that may have different genetic, epigenetic, and metabolic characteristics that have different sensitivities to treatment. Tumors also consist of immune cells, blood vessels, fibroblasts, and other cells and components that interact with the cancer cells. These interactions often promote tumor development, progression, and response to treatment. 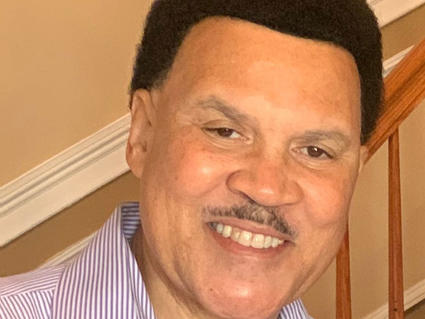 Having Faith in Science to Treat Prostate Cancer

Although a drug may kill some cancer cells, almost invariably a subset of them will be resistant and survive the treatment. Cancers often have multiple mechanisms for surviving and growing, which may change over time and in response to treatment. That is why combining treatments that have different mechanisms of action can kill more cancer cells and reduce the chance that drug resistance will emerge.

Most of the research on drug resistance has focused on identifying genetic mechanisms, such as mutations that alter a protein such that it impairs the binding of a drug. Research is revealing the importance of additional mechanisms of drug resistance, such as epigenetic factors that regulate the activity of genes and the dynamics between diverse cells in the tumor microenvironment. Overcoming resistance, then, requires understanding these complex biological processes in the first place, to better anticipate and steer the dynamic, multidimensional evolutionary process unfolding inside a patient with cancer.

Starting in 2006, doctors began to describe rare cases of patients with non-small cell lung cancer (NSCLC) whose cancers transformed into small cell lung cancer after treatment with EGFR inhibitors. This change in cell identity is one type of what scientists refer to as cell plasticity, and NCI-funded research is piecing together the puzzle of how it may hinder cancer treatment.

Cell plasticity is a cell’s ability to undergo changes that alter its appearance and function (its phenotype). These changes can occur in cancer cells because of genetic and nongenetic alterations, cues from other cells in the tumor microenvironment, and/or drug treatment. A cell’s ability to change and adapt offers it additional routes to resist treatment.

While different cancers demonstrate their own patterns of cell plasticity, NCI-funded research has revealed some biological mechanisms that are common across cancer types. For example, research supported by NCI has implicated EZH2, an enzyme that regulates gene expression, in the ability of both NSCLC and prostate cancer to change phenotypes. Thus, research on one cancer may enrich studies of resistance patterns in other cancers, resulting in the identification of treatments that could work for several cancer types. This example illustrates that our understanding of the fundamental and molecular mechanisms of cancer is fueling advances in precision oncology, including drugs approved to treat cancers with specific genetic abnormalities rather than where in the body the cancer started.

A tumor can be thought of as an ecological system that evolves over time. Researchers are therefore applying the concepts of evolutionary ecology to study cancer and its response to treatment. Evolutionary ecology is a scientific field that examines how interactions among species and between species and their environment shape species through selection and adaptation, and the consequences of the resulting evolutionary change.

As an example, NCI-funded research led by investigators at Cleveland Clinic and Case Comprehensive Cancer Center recently developed an "evolutionary game assay" that directly quantifies and describes the interactions between tumor cells that are sensitive and resistant to a targeted therapy in an experimental model of NSCLC. They found that the interactions between cells were different under different conditions. The researchers suggest that changing the types of interactions between cells—in other words, the "games they play"—can co-opt the cells’ evolution to better help the patient by preventing drug-resistant cells from “winning.”

Other NCI-funded studies are testing whether different drug doses and schedules might decrease the likelihood that drug resistance will develop as a result of evolutionary dynamics. For example, if drugs can be given in a way that allows a proportion of the easier-to-treat sensitive cells to disproportionately survive, they may compete with and block the growth of the resistant cells in the tumor. With this adaptive cancer therapy approach, it is possible that the tumor may never be completely eradicated, but it may remain relatively stable, thereby limiting the development of uncontrollable drug resistance.

Using new technology to degrade proteins of interest, such as those that drive cancer cell growth, is an emerging cancer treatment strategy. One example of this technology is called proteolysis targeting chimera (PROTAC), in which molecules are generated that tag a specific protein for degradation by a cell’s normal machinery for getting rid of unwanted or damaged proteins. An advantage of this approach is that it can avoid some mechanisms of drug resistance seen with some cancer therapies, such as mutations in the target of a drug or overexpression of the target.

For example, NCI-funded researchers at Yale University created a PROTAC molecule as a potential treatment for advanced prostate cancer. Androgen receptor (AR) signaling plays a pivotal role in prostate cancer initiation and growth, and drugs that inhibit ARs are the standard of care for patients with metastatic disease. Unfortunately, most tumors treated with AR inhibitors eventually develop drug resistance. Some mechanisms of resistance result in continued AR signaling despite the presence of these drugs.

The PROTAC molecule the Yale team invented consists of an AR-targeting portion and a portion that binds selectively to a protein, called E3 ligase. The E3 ligase is part of the cell’s normal machinery that degrades proteins. With additional support from NCI’s Small Business Innovation Research (SBIR) program, Arvinas, Inc. of New Haven, Connecticut, is further developing and testing this PROTAC in clinical trials for patients with metastatic prostate cancer whose cancer has progressed after AR therapy.

With the help of NCI funding, PROTAC and other similar technologies have shown promise in addressing resistance in other cancer types, including chronic lymphocytic leukemia that has become resistant to the drug ibrutinib (Imbruvica).

Researchers have traditionally used cancer cell lines to study mutations and other mechanisms that make cancer cells sensitive or resistant to therapies. But cell lines do not always share key features of cancers found in patients. In addition, cancer cell lines lack the three-dimensional structure of a tumor found in a person and the relationships with surrounding cells in the tumor microenvironment.

Animal models, such as mice that carry tumors implanted from a sample of a patient’s cancer, can more closely resemble the tumors found in humans. The tumor microenvironment and cancer growth, progression, and treatment effects of animal models more closely mimic those found in people. However, animal models are expensive, can take months to produce, and are not made in large enough quantities for testing more than a few drugs at a time. They also lack an intact immune system, making them inadequate to study the interaction between the immune system and cancer. While current cancer models are useful for answering some research questions, additional tools are needed.

NCI-funded researchers are leveraging new technologies and models to gain a fuller understanding of drug resistance. They include three-dimensional human tumor cultures and engineered platforms that support living human tissues, both of which incorporate cells that surround and interact with tumor cells in the tumor microenvironment to mimic conditions in the human body.

Miniature tumors called patient-derived tumor organoids are three-dimensional cancer cell clusters grown in the lab from a sample of a patient’s tumor. Scientists are using them in the laboratory to study various aspects of cancer biology, including mechanisms of drug resistance. Researchers have developed organoids from a variety of cancer types, including breast, prostate, liver, brain, and pancreatic cancer.

One example of this research is in pancreatic cancer, which is one of the most lethal cancer types, in part because it is largely resistant to treatment and is generally detected at a late stage after the cancer has spread. NCI-funded researchers at Cold Spring Harbor Laboratory in New York and their collaborators have created a “living library” of pancreatic cancer organoids derived from patient samples from multiple clinical institutions. In a retrospective analysis of a small number of patients, the organoid’s sensitivity to chemotherapy reflected the patient’s response to therapy. In addition, tumor sampling in a single patient over time predicted the development of chemotherapy resistance that paralleled disease progression in the patient. Understanding why resistance emerges and having models to help predict it could improve the selection of treatments for patients in the future.

Scientists are developing additional cancer models that accurately represent the structure and function of tumors in human organs and tissues. For example, tissue chips are three-dimensional cross sections of living human tissue on a device about the size of a computer memory stick. For cancer researchers, tissue chips and other engineered tumor systems are enhancing the understanding of tumor physiology and aiding cancer treatment research.

For example, NCI is funding research projects that are developing and using engineered tumor systems to study drug response and resistance in cancers of the brain, ovaries, and breast. In addition, NCI’s SBIR program has supported several companies developing cancer chips, including one developed by researchers at the University of Virginia and HemoShear Therapeutics, LLC of Charlottesville, Virginia, to assess drug sensitivity and resistance in pancreatic cancer.