Changing the Life of a Patient with von Hippel-Lindau Syndrome

When he was 6 years old, Justin was diagnosed with von Hippel-Lindau (VHL) syndrome, a rare inherited disorder that increases the risk of developing noncancerous and cancerous tumors in multiple organs.

For more than a decade, Justin was in and out of hospitals, undergoing kidney, adrenal gland, spinal, and brain surgeries—more than a dozen operations by the time he entered his 30s. Many of these procedures were performed at the NIH Clinical Center in Bethesda, MD, where he and his family have been participating in a natural history study of VHL since the mid-1990s. Justin knew he was facing a routine of cancer surveillance tests, surgery, and physical therapy for the rest of his life.

Managing VHL involves frequent body scans to look for and monitor tumors, along with surgical interventions to treat symptoms and prevent cancer from spreading. Doctors typically perform surgery when tumors grow to a size that increases the risk of metastatic spread and may begin to affect the function of organs. Each successive surgery increases the risk of complications.

Justin’s dad, from whom he inherited VHL, had walked a similar path. “A lot of my youth revolved around seeing my dad go in and out of hospitals,” Justin recalled. “Since my father’s diagnosis in 1989, his life was basically one surgery after another.” A week before Justin’s 30th birthday in 2016, his dad passed away. Justin credits his dad’s will to fight VHL for so many years as an inspiration.

Gambling on a new drug

When Justin experienced terrible symptoms a few years after his dad’s death, his doctors at the NIH Clinical Center found multiple tumors that needed to be addressed. Justin’s recollection is that picking which one to remove to reduce his symptoms would be a gamble. Instead, his doctors encouraged him to enroll in a clinical trial testing a new targeted therapy, now known as belzutifan (Welireg). Justin initially declined but later decided to enroll in the trial. 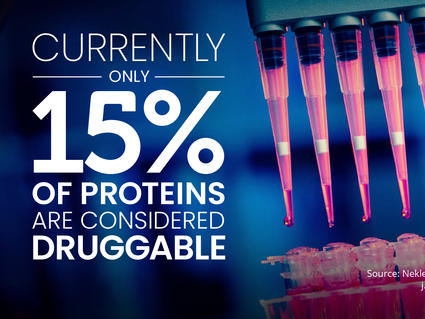 Justin’s gamble to join a phase 2 trial of belzutifan changed his life. The tumors stopped growing, and he has not had a surgery since. The relatively mild side effects from the daily pill and less frequent scans are worth it.

A few years after starting treatment, Justin felt well enough to travel to Japan and Taiwan, where he met his wife. “With all the surgeries, I never had the chance to go out and explore. I was stuck in a hospital room. Belzutifan allowed me to travel internationally,” he said. “And if it wasn’t for the drug, I probably would’ve never gotten married.” He now envisions a future with children and more trips to Asia—and a special goal to visit Rome by age 40.

In August 2021, the Food and Drug Administration (FDA) approved belzutifan to treat several types of VHL-associated tumors. The approval was based on the results of the phase 2 trials conducted by NCI researchers and others.

“This is the first time we have an FDA-approved agent for the treatment of patients with VHL-associated tumors,” said Justin’s doctor, Ramaprasad Srinivasan, M.D., Ph.D. “Now we can say to some patients, ‘We can give you a drug that may help you avoid surgery.’”

NCI researchers continue to study the drug to better understand its effect on tumors and its long-term use with surgery. With more research, they hope that belzutifan will be approved for other VHL-associated tumors.

In the spring of 2022, Justin’s older brother, who also was diagnosed with VHL in childhood, was able to start belzutifan. The brothers hope that the drug will be as effective for him as it has been for Justin. “Without NIH, I probably wouldn’t be alive,” Justin said. “For the first time in my life, I find myself looking forward to what the future holds for me.” He wants the same for his brother and others with VHL.