My Pediatric and Adult Rare Tumor Network (MyPART) is a team of doctors, nurses, scientists, and other staff, working together to improve the lives of children, adolescents, and young adults with rare solid tumors. Our team members come from different locations within the United States and around the world, bringing diverse interests. Here you can meet the members of the team at the Center for Cancer Research in the National Cancer Institute.

Brigitte C. Widemann, M.D. is co-leader of MyPART and Deputy Director of the Center for Cancer Research and Chief of the Pediatric Oncology Branch at NCI. She brings her expertise in pediatric oncology, natural history studies, and developing clinical trials for rare tumors to MyPART. She has been at NCI for 26 years. She grew up in Cologne, Germany and has six sisters. She is also a twin! She loves running, spending time outside, and watching soccer.

Karlyne M. Reilly, Ph.D. is co-leader of MyPART and oversees a basic cancer research group in the Pediatric Oncology Branch in the Center for Cancer Research. She brings her expertise in mouse models of rare cancers and genome-wide data analysis to MyPART. She grew up in Berkeley, California and has been at NCI for 16 years. She loves oil painting and costume design whenever she has the time.

Abby B. Sandler, Ph.D. is the executive director of MyPART. She brings her experience in cancer policy and advocacy, and program oversight to the MyPART team. She grew up in Yonkers, New York and has been at NCI for 22 years. She loves to cook and is an avid figure skating fan.

Jaydira del Rivero, M.D. is a medical and endocrine oncologist and the principal investigator of the NCI Center for Cancer Research Natural History Study of Rare Tumors. She grew up in Veracruz, Mexico. She has been at NIH for eight years and at NCI for three years. She loves dancing and wishes she had more time for it.

John Glod, M.D., Ph.D. is a pediatric oncologist/neuro oncologist and the Clinical Director of the Pediatric Oncology Branch in the Center for Cancer Research. He grew up in Wilkes-Barre, Pennsylvania, and roots for all Philadelphia sports teams. He has been at NCI for five years. He loves to go fishing.

Mary Frances Wedekind Malone, MD grew up in Knoxville, TN in the foothills of the Great Smoky Mountains. She is a pediatric oncologist with expertise in immunotherapy and developing clinical trials for pediatric sarcomas and rare tumors. Her favorite hobby is running around with her two young daughters.

Susan Hughes provides administrative support for MyPART. Her two golden retrievers, named Murphy and Honey, along with her two adult sons and husband, are the loves of her life.

Pam Wolters, Ph.D. co-directs the Behavioral Health Core and is head of the Neurobehavioral Research Program in the Pediatric Oncology Branch of the Center for Cancer Research. She has been at NCI for 30 years. She loves watching her kids play sports and enjoys the Washington Capitals, as well. She likes to swim and read. She used to compete in triathlons.

Staci Martin Peron, Ph.D. is the clinical director and training director of the Pediatric Psychology and Neurobehavioral Research Program of the Pediatric Oncology Branch. She grew up in Florida and has been at NCI for 18 years. She is committed to helping children with cancers or rare tumors and their families cope with the mental and psychological effects of cancer treatment.

Lori Wiener, Ph.D., D.C.S.W, L.C.S.W.-C. co-directs the Behavioral Health Core and is head of the Psychosocial Support and Research Program in the Pediatric Oncology Branch. She grew up in New York and has been at NCI for 32 years. She has developed many programs advancing psychosocial research and psychosocial care standards for patients and families who face life-threatening illnesses. Her favorite hobby is nature and portrait photography. Her family are huge Baltimore Ravens fans.

Robin Lockridge, Ph.D. grew up in Seattle, WA and recently joined NCI as the neuropsychologist working with MyPART. Her expertise is in clinical assessment of pediatric cognitive, neurodevelopmental, and neuropsychological disorders as well as children and youth program development. She enjoys reading, sports, and chasing after her young son.

BJ Thomas, R.N. is the lead research nurse for MyPART. She grew up in the Washington, D.C. area and has been working on NCI clinical studies for 15 years, and even longer at NIH. Her favorite sports are the Winter Olympics. She loves to travel and fondly remembers getting stranded in Italy when she missed her bus back to Rome.

Donna Bernstein, R.N., B.S.N. is a research nurse for MyPART. She grew up in Maryland and has worked at the NCI for 19 years and has been with the NIH since 1986. Her favorite sports team is the Pittsburgh Steelers. She loves to travel.

Crystal Flowers, CRNP is a Nurse Practitioner for MyPART. She loves to relax with her friends and family and spend time outdoors.

Maran Ilanchezhian is a post-baccalaureate fellow in the Pediatric Oncology Branch supporting MyPART and annual clinics focused on individual rare tumors. He grew up in Herndon, Virginia and joined NCI this year. He loves all the Washington, DC sports teams and plays flag football on the weekends. He also enjoys hiking.

Iris Li joins the NCI for her second year this year. She grew up in Atlanta, Georgia, and in her spare time helps run dance programs in Washington, DC.

Impana Shetty has been with the NCI for over a year and grew up in Gaithersburg, MD. In her free time, she loves to dance and play ping pong.

Hannah Smith grew up in Ferndale, Maryland. She has worked in the pediatric oncology branch for the past two summers as a student intern. She graduated from St. Mary’s College of Maryland and is now a post-baccalaureate fellow. In her spare time, she likes to draw, play video games, and spend time with her close friends and family.

Liny John, M.D. grew up in Baltimore, MD and is a huge Baltimore Ravens fan. She loves to dance and bake in her spare time. She is also a Pediatric Hematology/Oncology Fellow at Children's National where she researches chordoma.

Chinelo Onyiah grew up in Chino Hills, California. She is currently pursuing her masters in Biochemistry and Molecular and Cellular Biology from Georgetown University. In her spare time, she enjoys painting, knitting, and going to art museums.

Shadin Ahmed is a post-baccalaureate fellow with the pediatric oncology branch. She grew up in Alexandria, Virginia, and joined the NCI this year. In her free time, she likes to go running, go to art museums, and watch live music.

Marcia Young grew up in Maryland and has worked at the NIH for over 10 years. In her previous roles at the NIH, she has been committed to patient care and making sure patients are comfortable and taken care of during their visits to the NIH Clinical Center. She brings this commitment to patient care to the MyPART team. She loves spending time with family and friends, cooking, and watching Netflix.

Christina Vivelo, Ph.D. is the Communications Editor for MyPART and joined the NCI after finishing graduate school in late 2018. She has two rescue cats and loves going to the beach in the summer.

Katie Pendo, M.S. is a research technician supporting the analysis of biospecimens from the Natural History Study of Rare Tumors. She has been at NCI a little over one year. She grew up in Rapid City, South Dakota and enjoys keeping in touch with her friends and family around the world by videochat. Her favorite sports team is DC United, and her favorite hobby is playing video games.

Francesco Tomassoni Ardori, Ph.D. is a research scientist designing new mouse models of rare tumors for MyPART using information gathered from the Natural History Study of Rare Tumors. He grew up in Italy and has been at NCI for eight years. His favorite pastime is windsurfing.

Behind the Screens of MyPART

Jason E. Levine, M.D. is Associate Director of the CCR Office of Information Technology. He specializes in developing systems to manage the flow of clinical data in large-scale clinical studies and brings his expertise to MyPART.

Nurlanbek Shonkoev, M.Eng. is the web developer and software engineer for the MyPART database and user interfaces. He joined NCI this year and is thankful for having the opportunity to contribute to the fight against cancer.

Yuti Gandhi develops web applications for MyPART. She joined NCI this year and grew up in India. She loves to travel. Her favorite sports are football and cricket. 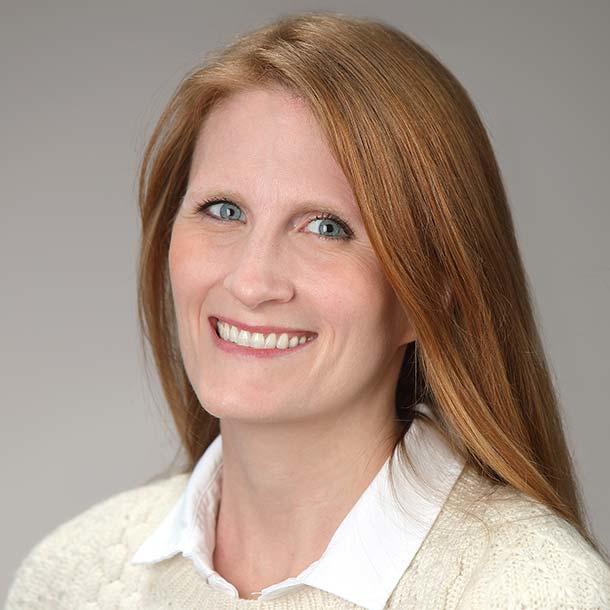 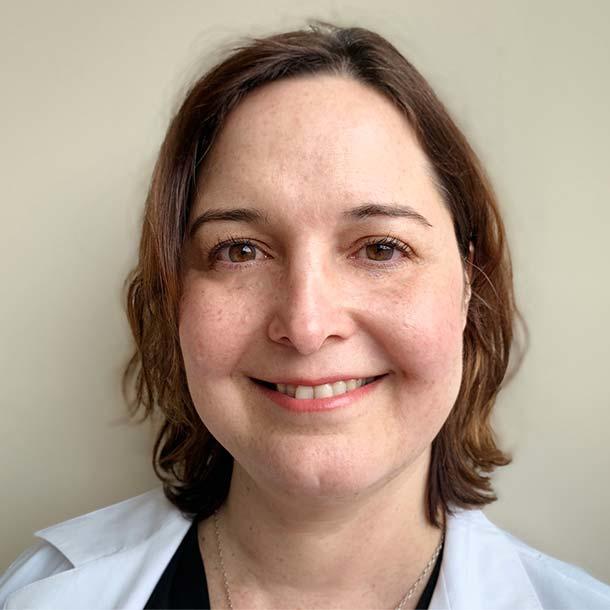 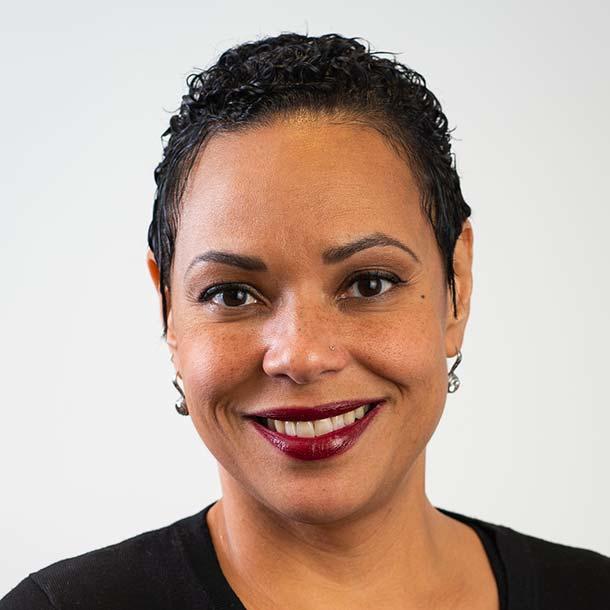 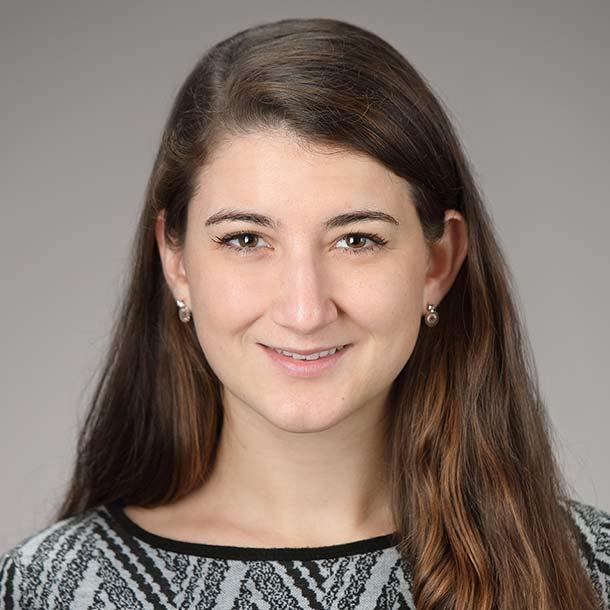 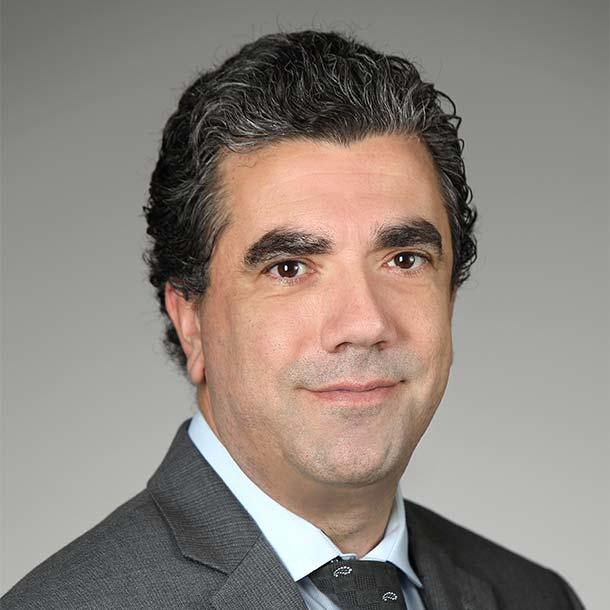 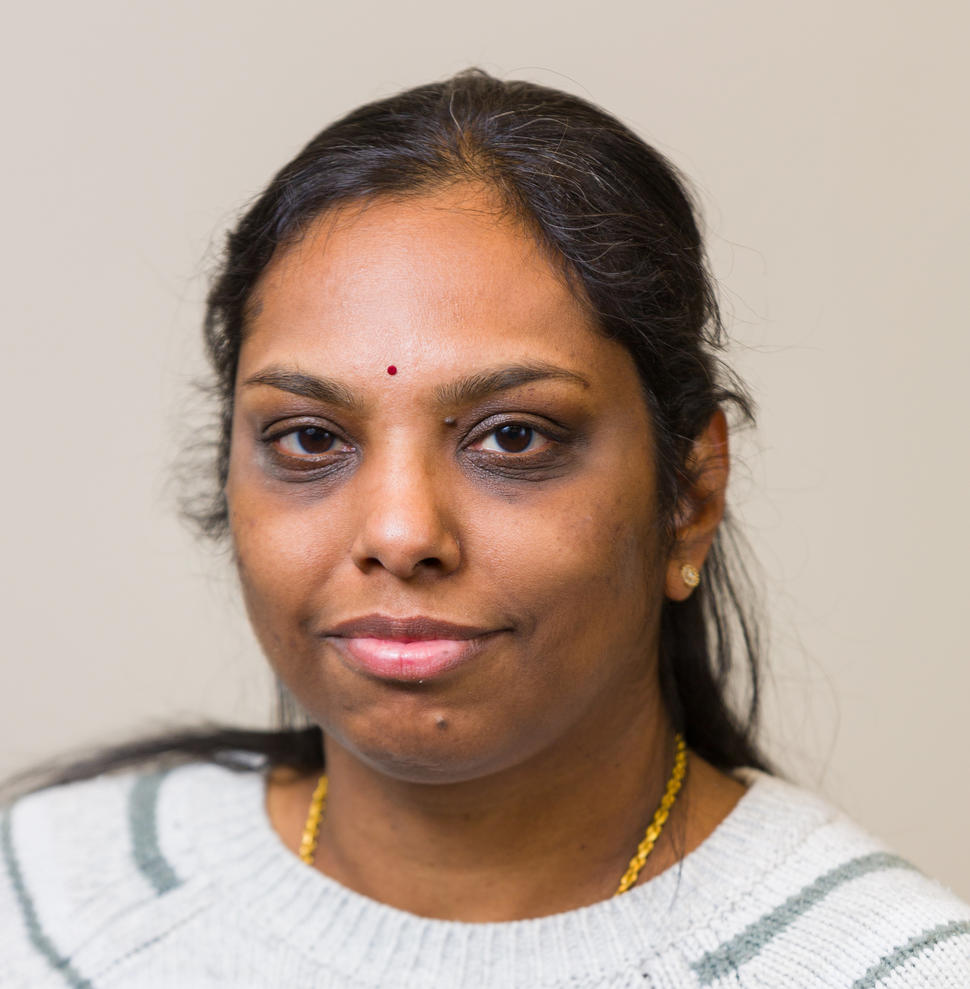 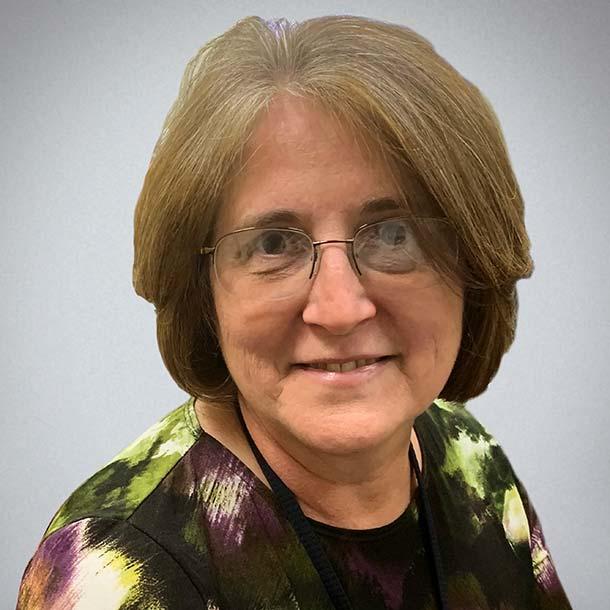 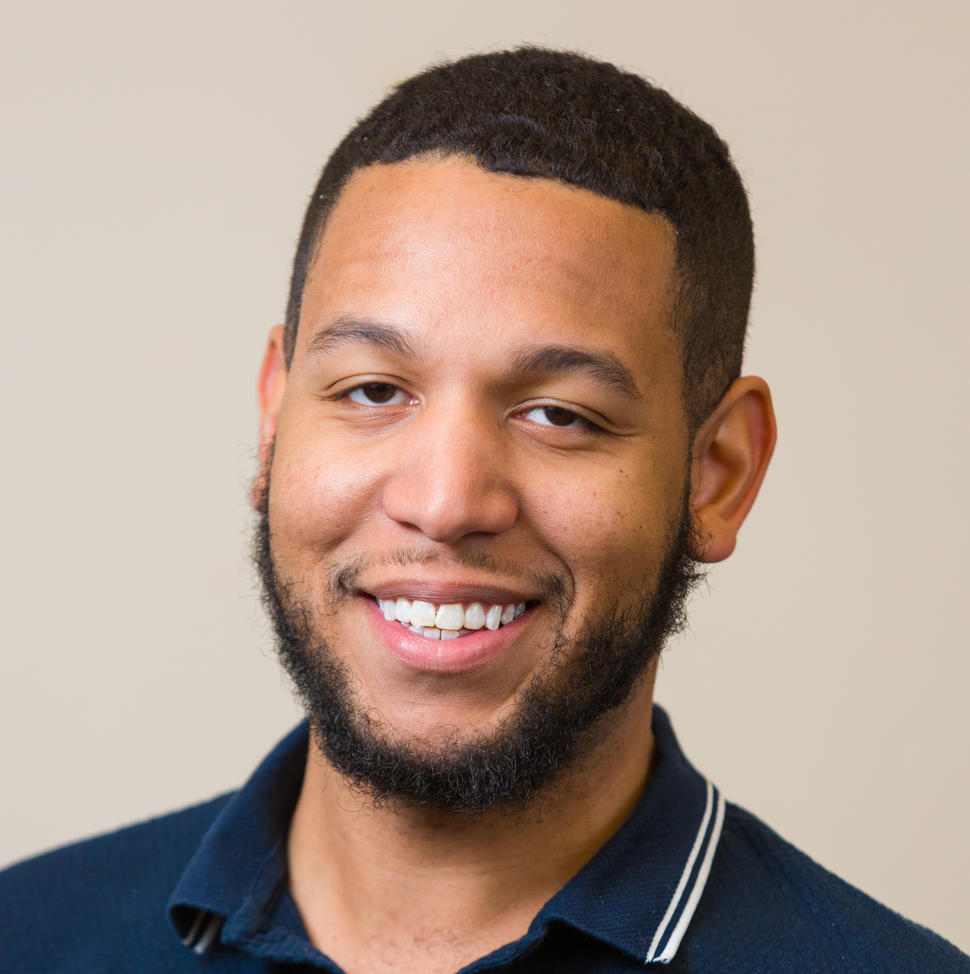