Medulloblastoma is a primary central nervous system (CNS) tumor. This means it begins in the brain or spinal cord.

To get an accurate diagnosis, a piece of tumor tissue will be removed during surgery, if possible. A neuropathologist should then review the tumor tissue.

What are the grades of medulloblastomas?

Primary CNS tumors are graded based on the tumor location, tumor type, extent of tumor spread, genetic findings, the patient’s age, and tumor remaining after surgery, if surgery is possible.

Medulloblastomas are all classified as Grade IV tumors. This means they are malignant (cancerous) and fast-growing.

There are four subtypes that have been identified in children with medulloblastoma.

In adults with medulloblastoma, these subtypes are not as well-defined as they are in children.

Medulloblastomas usually appear as a solid mass in the cerebellum, which is the portion of the brain in the back of the head between the cerebrum and the brain stem. The tumor often brightens with contrast. Once the mass is known to be a medulloblastoma, a MRI of the spinal cord is recommended to see if it has spread. 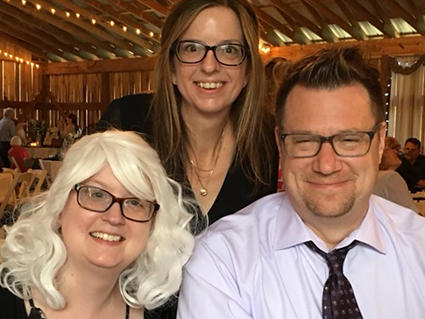 A mother shares her family’s 11-year quest to find the best treatments for their daughter’s medulloblastoma tumors.

Cancer is a genetic disease – that is, cancer is caused by certain changes to genes that control the way our cells function. Genes may be mutated (changed) in many types of cancer, which can increase the growth and spread of cancer cells. The cause of most medulloblastomas is not known. There’s a small percent of childhood medulloblastomas that are related to gene changes that can be passed down through families. There’s no known cause for adults diagnosed with medulloblastomas.

Where do medulloblastomas form?

Medulloblastomas most commonly form in the cerebellum, the bottom part of the brain located at the back of the skull. Medulloblastoma is known as an embryonal neuroepithelial tumor because it forms in fetal cells that remain after birth.

Medulloblastomas are very fast-growing. They often spread to other areas of the CNS through cerebrospinal fluid (CSF). Rarely, medulloblastomas can spread outside the CNS to the bones or the lymphatic system.

What are symptoms of a medulloblastoma?

Symptoms related to a medulloblastoma depend on the tumor’s location. Here are some possible symptoms that can occur.

People with a medulloblastoma in the cerebellum may have:

If the tumor is blocking the CSF, this can lead to increased pressure inside the skull. This problem is known as hydrocephalus.

Signs and symptoms of hydrocephalus may include:

If medulloblastoma has spread to the spine, symptoms may include:

Who is diagnosed with medulloblastoma?

Medulloblastoma can occur in both children and adults, but is more common in children. In adults, medulloblastoma typically affects younger adults between 20 and 40 years of age. Medulloblastomas occur more often in males than females. They are most common in white and hispanic people. An estimated 3,840 people are living with this tumor in the United States.

What is the prognosis of medulloblastoma?

The likely outcome of the disease or chance of recovery is called prognosis.

The relative 5-year survival rate for medulloblastoma is 72.1% but know that many factors can affect prognosis. This includes the tumor grade and type, traits of the cancer, the person’s age and health when diagnosed, and how they respond to treatment. If you want to understand your prognosis, talk to your doctor. 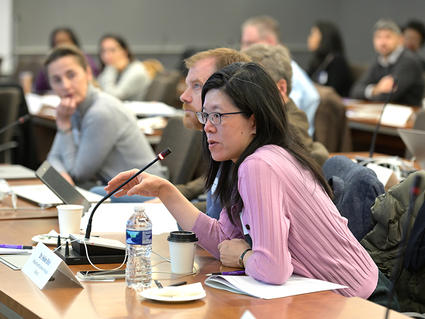 Neuro-oncology experts from multiple disciplines met to discuss the scientific progress and challenges of treating medulloblastoma in adults and to find ways to collaborate to advance research and treatments.

What are treatment options for medulloblastoma?

The first treatment for medulloblastoma is surgery, if possible. The goal of surgery is to obtain tissue to determine the tumor type and to remove as much tumor as possible without causing more symptoms for the person.

Most people with medulloblastomas receive further treatments. Treatments may include radiation, chemotherapy, or taking part in clinical trials. Surgery is usually followed by radiation to the brain and spine since this disease tends to spread in the brain and spine. Because of problems with bone marrow and surrounding organs that occur with brain and spine radiation, proton beam radiation therapy is often recommended. Chemotherapy may also be part of the treatment plan, depending on the subtype and amount the tumor has spread. Clinical trials, with new chemotherapy, targeted therapy, or immunotherapy drugs, may also be available and can be a possible treatment option. It is important to seek expert recommendations from a neuro-oncologist with experience in adult medulloblastoma. Treatments are decided by the patient’s healthcare team based on the patient’s age, remaining tumor after surgery, tumor type and tumor location.

Find doctors and nurses with experience treating this tumor.