Some patients whose cancers are detected and treated early may have better long-term survival than patients whose cancers are not found until symptoms appear. Unfortunately, effective screening tests for early detection do not exist for many cancers. And, for cancers for which there are widely used screening tests, many of the tests have not proven effective in reducing cancer mortality.

But, there have been some important successes in screening and early detection. Deaths from cervical cancer in the United States, for example, declined substantially after annual screening with the Pap test became common practice, and screening for colorectal and breast cancer have also been shown to reduce mortality from these cancers.

Although research on cancer screening and early detection can be challenging, the potential rewards—in terms of cancer deaths avoided—make it an extremely important and valuable area of study.

A greater understanding of the underlying biology of many cancers, as well as technological advances in areas such as imaging, are creating new avenues for advances in screening and early detection.

In addition, population-based studies have identified groups of people—often part of specific racial, ethnic, or socioeconomic groups—who are more likely to be diagnosed with certain cancers. As a result, researchers are now studying ways to improve the use of and access to proven screening methods in these population groups.

Importantly, studies performed over the last decade have strongly suggested that, in addition to benefits, screening has downsides. In particular, there is the risk of overdiagnosis and overtreatment—the diagnosis and treatment of cancers that would not threaten life or cause symptoms.

Overdiagnosis and overtreatment expose patients unnecessarily to the potential physical harms of unneeded and often invasive diagnostic tests and treatment, as well as to the psychological stresses associated with a cancer diagnosis. This understanding has led to intensive study of ways to identify and distinguish those screen-detected cancers that are truly life threatening and require immediate treatment from those for which treatment is unnecessary or can be safely delayed. 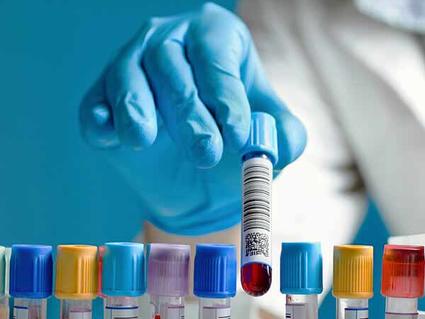 Tumor DNA in blood may hold key information that can help detect, track, and treat cancer.

Based on this research and other studies, investigators are pursuing key opportunities, including:

As with research on cancer prevention, time is a challenge when developing and testing new interventions for screening and early detection. Years or decades are often needed to determine whether an intervention, such as a new screening test or a patient risk assessment, reduces the number of people diagnosed with advanced cancer or who die from cancer. And these studies can be expensive and logistically challenging to conduct.

Discovering and validating biomarkers that can accurately identify people at increased risk of cancer or who have potentially lethal cancers has also proven to be very difficult. Many biomarkers that have shown promise in early studies have not been validated subsequently in more advanced testing—consuming valuable time and resources.

In addition, screening and early detection on their own are often not enough. Ensuring that individuals receive the appropriate follow-up and treatment after a cancer diagnosis is essential but has proven to be difficult, particularly for those from low socioeconomic settings and certain racial or ethnic groups, resulting in delayed treatment and worse outcomes.

Some early detection tests for cancer can help reduce deaths from the disease and may limit the need for extensive treatment, which can cause substantial side effects and longer-term health issues. NCI supports a wide variety of programs and studies designed to advance the science of early detection.

Improving the accuracy of cancer screening tests, how they are used, and expanding the use of and access to tests that have been shown to reduce cancer mortality are clear needs being addressed by NCI-led and -supported programs.