Why Research is Critical to Progress against Childhood Cancer

Cancer is the leading cause of death from disease among children in the United States. Although substantial progress has been made in the treatment of several types of childhood cancer over the past five decades, progress against other types has been limited. Even when long-term survival is achieved, many survivors of childhood cancer may experience long-term adverse effects from the disease or its treatment.

Clearly, more research is needed to develop new, more-effective, and safer treatments for childhood cancer. And infrastructure and practices that allow researchers to learn from every child with cancer need to be put in place.

NCI has a number of programs that address childhood cancers specifically, and many of the institute’s other research programs are applicable to children with cancer even if they aren’t focused specifically on pediatric cancers. The institute supports a broad range of biomedical research that is relevant to this population, including:

One challenge in conducting research on childhood cancer is that cancers in children and adolescents are relatively uncommon. Childhood cancers represent less than 1% of all new cases of cancer diagnosed in the United States each year. Because the number of children with cancer is small and patients are treated at many different institutions, answering complex biological questions about childhood cancer requires collaboration.

As clinical trials are increasingly restricted to smaller numbers of patients who are defined by the molecular characteristics of their tumors rather than where the tumors originated in the body, collaboration among children’s cancer centers and a strong national clinical research program are essential to ensure that trials enroll sufficient numbers of participants to produce meaningful results.

In addition, more efficient ways to curate and share research knowledge—from genomic data to clinical outcomes—need to be developed to speed progress against childhood cancers. 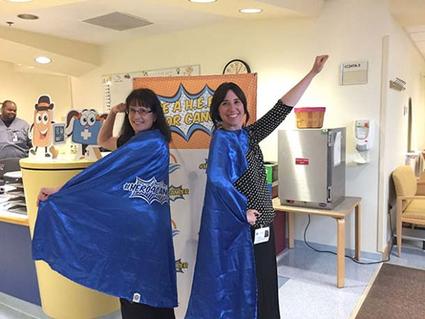 In addition, the types of cancers children develop, and the biology of those cancers, generally differ from those of cancers diagnosed in adults. For example, tumors that originate in developing organs and tissues (such as retinoblastomas in the eye and osteosarcomas in bone) are more common in children.

Moreover, most childhood cancers have relatively few genetic alterations, and they often lack the genetic targets for treatments that have been developed and approved for cancers occurring in adults. And drugs that target signaling pathways that are active in some adult cancers might be difficult to use in children, given that many of these signaling pathways are essential for normal development. 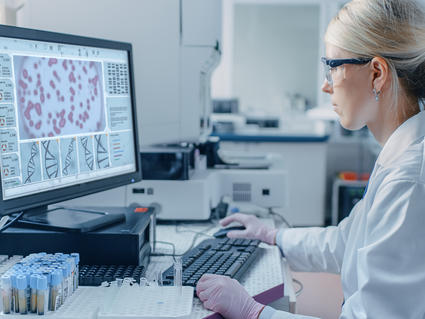 The work of NCI’s FusOnc2 Consortium may one day lead to new treatments for children with cancer.

In fact, the genetic changes that drive childhood cancers are often distinct from those in adult cancers. For example, chromosomal translocations that fuse parts of different genes together to form fusion oncoproteins are common in childhood cancer. Although fusion oncoproteins are also found in some adult cancers, those found in children have proven particularly difficult to target. Another contributing factor to the small number of targeted therapies for childhood cancers is that the rarity of these diseases has been an impediment to commercial drug development.

Developing new treatments that are less toxic and cause fewer adverse effects (both acute and late) than current treatments and developing interventions to mitigate the adverse effects of both current and future treatments are additional challenges in childhood cancer research. The late effects of some childhood cancer therapies can have profound physical, emotional, and other consequences for survivors, including a shortened life expectancy. Finding ways to minimize and address these late effects to improve both the quality and the length of life of survivors is a research priority.

More information about cancer drug metabolism in children, which varies with developmental age, is also needed, as are better laboratory and animal models for screening and testing drugs for potential use in children and adolescents. The optimal use of radiation therapy in treating childhood cancers also needs to be defined so that efficacy is maintained or increased while long-term side effects are reduced.

Virtually all progress against cancer in both children and adults has its origins in basic research, often in areas that are not directly related to the disease.

As an example, the discovery of CRISPR-Cas9 for gene editing has revolutionized the study of genes that control cancer cell growth and survival in both childhood and adult cancers. This discovery came from basic research in microbiology on how bacteria resist infections by viruses.

Another example had its origins in basic research on proteins called histones, which are DNA-binding proteins that provide structural support for chromosomes and help control the activity of genes. Scientists spent years investigating how these proteins are modified in the cell nucleus and the role of histone modifications in controlling when and to what extent genes are expressed.

The findings of this research became immediately relevant to a type of pediatric brain tumor called diffuse intrinsic pontine glioma (DIPG) when it was discovered that most DIPG tumors have a mutation in the gene for the histone protein H3.3 that prevents a specific modification of the protein. This mutation in H3.3 is thought to be a driver mutation for DIPG and is associated with aggressive disease and shorter survival.

Although our understanding of the biology underlying cancers that occur in children has increased tremendously in the past decade, there are still critical gaps in our knowledge. NCI has identified several areas in which more research is needed and has identified opportunities to use new approaches to gain additional insights into childhood cancers. 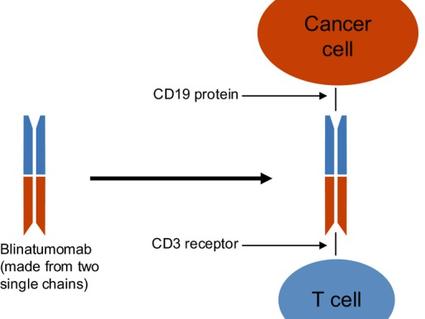 In two studies, blinatumomab improved survival and was less toxic than chemotherapy.

Immunotherapies are treatments that restore or enhance the immune system’s ability to fight cancer. The field of cancer immunotherapy research has produced several new methods for treating cancer.

One example is chimeric antigen receptor (CAR) T-cell therapy, which is now used to treat some children with acute lymphoblastic leukemia. This therapeutic approach arose from decades of research on how the immune system works and how to manipulate it for clinical benefit.

As part of the Cancer Moonshot, NCI has established the Fusion Oncoproteins in Childhood Cancers (FusOnC2) Consortium and Pediatric Immunotherapy Discovery and Development Network (PI-DDN).

Learn about POB, COG, and the other programs mentioned above in How NCI Programs Are Making a Difference in Childhood Cancer.

Molecularly targeted therapies are drugs or other substances that kill cancer cells by targeting specific molecules that are necessary for cancer cells to grow and survive. These therapies can be small-molecule inhibitors, monoclonal antibodies, or antibody–drug conjugates.

POB conducts clinical trials of targeted therapy in pediatric and young adult patients, and COG and the PBTC are evaluating targeted therapies for selected childhood cancers.

For example, results from an NCI-sponsored clinical trial, conducted by COG and led by Alice Yu, M.D., Ph.D., of the University of California, San Diego, led to the approval of the monoclonal antibody dinutuximab (Unituxin) to treat high-risk neuroblastoma.

In 2017, NCI and COG launched the NCI–COG Pediatric Molecular Analysis for Therapy Choice (Pediatric MATCH) trial, which is testing molecularly targeted therapies in children with advanced solid tumors that are not responding to treatment. Tumor DNA sequencing is being used to identify those children whose cancers have a genetic abnormality that is targeted by a drug being studied in the trial.

How NCI Programs Are Making a Difference in Childhood Cancer

NCI recognizes that children are not just small adults and that specialized treatments tailored to childhood cancers are needed. NCI engages with researchers, clinicians, policymakers, advocates, and other partners to address this critical area of research. NCI supports an array of programs specifically to advance childhood cancer care and has renewed these initiatives and programs over numerous funding periods. Some of these programs include: