Research on Causes of Cancer

Cancer can be caused by many things, including exposure to cancer-causing substances, certain behaviors, age, and inherited genetic mutations.

Studying the causes of cancer helps researchers understand the process by which normal cells are transformed into cancer cells and identify genetic, environmental, and behavioral risk factors for cancer. This knowledge can lead to new ways of preventing and treating the disease.

Research on the causes of cancer also creates opportunities to improve public health, not only by identifying cancer risk factors in populations, but also by providing data that regulatory agencies can use to set safety standards or reduce exposure to toxins that are found to be associated with cancer. Findings from this area of research can also be used to inform technological advances, such as safer computed tomography (CT) scans and risk-reducing surgeries.

Researchers use many different approaches to identify potential causes of cancer, from cell-based and animal studies to human observational studies. Research in basic cancer biology can reveal the mechanisms by which biological, chemical, and physical carcinogens initiate and promote cancer. Genetic analyses, such as genome-wide association studies, exome sequencing, and whole-genome sequencing, allow researchers to identify genetic changes that may be associated with cancer risk. Epidemiological approaches—including cohort studies, case-control studies, exposure-assessment studies, family studies, and genomic studies—are used to identify possible causes of cancer and study the patterns of risk in large populations.

Opportunities in Research on Causes of Cancer

Advances in technology are improving how we determine and measure risk factors, enabling researchers to store and access findings in online databases, and allowing teams of investigators worldwide to pool data on an unprecedented scale. Multidisciplinary research teams are increasingly common and often include a range of experts, including epidemiologists, physicians, computational biologists, statisticians, oncologists, toxicologists, and geneticists.

Technological advances have also led to more accurate studies of substances in the environment suspected of causing cancer. Developing devices that can accurately measure environmental exposures and biochemical assays in biologic specimens that might be associated with cancer could improve researchers’ ability to identify cancer-causing agents.

Identifying people at highest risk of cancer, such as those with an inherited susceptibility to cancer or those who have been exposed to carcinogens, creates opportunities to develop risk prediction models and allows health providers to focus prevention and screening interventions on those most likely to benefit.

Challenges in Research on Causes of Cancer

Demonstrating cause-and-effect relationships in population studies examining potential cancer risk factors is a challenge because there are often many possible explanations for observed associations between a risk factor and cancer. Establishing cause and effect can require studying a large group of people and/or following individuals over many months or years.

Rare cancers and uncommon exposures, in particular, present challenges for researchers studying the causes of cancer. New statistical methods may be needed to improve the analysis of datasets of all sizes from these studies.

Methodologic issues also pose challenges to determining whether substances in the environment, even those known to cause cancer in animals, actually cause cancer in humans. 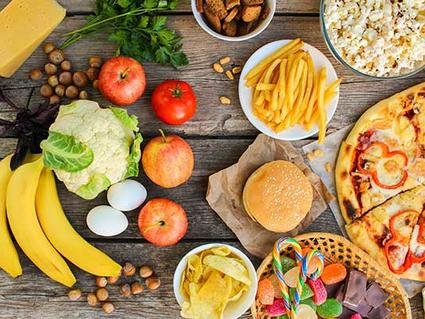 Studying the Impact of Total Diet on Cancer Risk

Researchers are changing how they assess the effect of diet on cancer, health.

When studying certain exposures, such as dietary exposures, identifying which component is associated with an increased or decreased risk of cancer can also be a challenge. Retrospective studies have additional limitations, such as participants’ inability to accurately remember and report past exposures or exposure levels.

There is a continual need for new and improved techniques for measuring risk factors and exposures to potential causes of cancer. For example, studies that estimate radiation exposures among an exposed population must also quantify the uncertainties inherent to those estimates.

To identify cancer causes and risk factors that may be experienced by only a portion of the population, very large studies may be needed to have the statistical power required to establish an association.

Investigating interactions between genes and environmental exposures that have been associated with cancer is a challenge because some of these studies involve enormous data sets and require sophisticated computational analyses. Once a causative agent has been identified, another challenge is figuring out how to reduce a person’s exposure or ameliorate its harmful effects.

Although genome-wide association studies can point to chromosomal regions associated with cancer risk in certain populations, additional studies and analyses are needed to identify the specific genetic changes involved and to understand how they play a role in the development of cancer.

NCI's Role in Research on Causes of Cancer

NCI funds and conducts research on the causes of cancer. The intramural research program allows the institute to conduct studies that require long-term, sustained support and provides NCI with the flexibility to redirect resources, when necessary, to respond quickly to emerging public health concerns.

NCI and NCI-funded researchers aim to understand the exposures and risk factors that cause cancer, as well as the genetic basis for cancer development.

Studies conducted by the NCI Cohort Consortium, for example, seek to identify factors (including environmental, lifestyle, and genetic) that may influence cancer risk. The consortium is a partnership between intramural and extramural investigators that pools the large quantity of data and biospecimens necessary to conduct a wide range of cancer studies. The consortium consists of investigators responsible for more than 50 cohorts that include more than 7 million people in the United States and around the globe.

Intramural and extramural investigators also seek to identify ways to translate these research findings into tangible benefits to prevent cancer, identify and monitor those at risk, and develop clinical and public health interventions.

A key question of great research interest is the role of environmental agents in causing breast cancer. In May 2021, NCI and the National Institute of Environmental Health Sciences held a virtual scientific meeting, Breast Cancer and the Environment: Controversial and Emerging Exposures, to identify new research opportunities and approaches to address knowledge gaps.

DCEG researchers and those funded by DCCPS are also studying risks of second primary cancers. Nearly one in five cancers occurs in an individual with a previous diagnosis of cancer, and these second cancers are a leading cause of morbidity and mortality among cancer survivors. Research on treatment, lifestyle, environmental, and medical history factors associated with second cancers is ongoing, as is research on genetic susceptibility to second cancers. 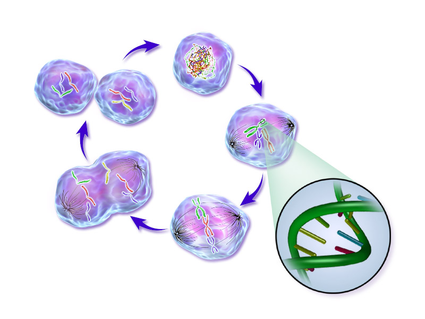 AMBRA1 Protein Found to Be an Important Tumor Suppressor

NCI and NCI-funded investigators are also studying genetic factors that may predispose individuals to cancer and gene–environment interactions in cancer risk using approaches such as genome-wide association studies and whole genome scans.

Changes in an individual’s genes, including gene mutations, genetic modifiers, and polymorphisms, can alter his or her lifetime risk of cancer. To explain the genetic factors that influence a person’s risk for cancer, NCI and NCI-funded investigators are:

For example, investigators in DCEG’s Radiation Epidemiology Branch are partnering with investigators from the Childhood Cancer Survivor Study to conduct a genome-wide association study of second cancers in childhood cancer survivors.

NCI researchers are also studying a range of hereditary cancer syndromes that predispose affected individuals and their family members to cancer. These include inherited bone marrow failure syndromes, Li-Fraumeni syndrome, DICER1 syndrome, familial melanoma, and others. Studies of people with hereditary cancer syndromes help researchers understand the underlying biology of cancer risk and develop ways to improve the management of these disorders.

Such studies may also, indirectly, provide insights into the genetic basis for noninherited, or sporadic, forms of cancers. That was the case with research on familial kidney cancer by W. Marston Linehan, M.D., of NCI's Center for Cancer Research (CCR).

DCEG and CCR investigators are also studying cancer predisposition syndromes such as RASopathies, conditions caused by changes in genes in the RAS/MAPK pathway. People with RASopathy syndromes have a higher risk of developing cancer and may have developmental issues and cognitive and congenital disabilities. The RASopathies study team aims to understand how genetics and environmental factors contribute to cancer development in patients with these syndromes. The team also hopes to learn how to better screen for, detect, and treat these syndromes using these data.

How Exposures and Risk Factors Act

NCI supports and conducts research to understand the mechanisms by which external exposures and risk factors induce and promote cancer.

NCI’s Division of Cancer Biology (DCB) supports research investigating the role of biological agents and host factors that contribute to cancer. DCB’s Cancer Immunology, Hematology and Etiology Branch, for example, funds research on the role of the microbiome in cancer development and the influence of aging on cancer susceptibility. DCB also supports research to understand mechanisms by which carcinogens initiate and promote tumor development.

CCR researchers are trying to elucidate mechanisms that influence tumor initiation, promotion, and progression, including those associated with lifestyle, the environment, inflammation, the immune system, viruses, and host-tumor interaction.

NCI’s Office of HIV and AIDS Malignancy (OHAM) coordinates and oversees NCI research programs that focus specifically on HIV/AIDS and AIDS-associated cancers. For example, OHAM’s AIDS and Cancer Specimen Resource is a biorepository for HIV-infected human biospecimens that serves as a resource for investigators conducting basic research in the pathogenesis of AIDS-related malignancies.