Although there has been substantial progress in cancer treatment, screening, diagnosis, and prevention over the past several decades, addressing cancer health disparities—such as higher cancer death rates, less frequent use of proven screening tests, and higher rates of advanced cancer diagnoses—in certain populations is an area in which progress has not kept pace.

These disparities are frequently seen in people from low-socioeconomic groups, certain racial/ethnic populations, and those who live in geographically isolated areas.

Many of the same population groups that experience cancer health disparities are also significantly underrepresented in cancer clinical trials.

There has been some recent evidence of progress against cancer health disparities, including reductions in lung and prostate cancer deaths among African American men over the past decade. But researchers and public health officials agree that progress has come too slowly, and the cost of disparities—in terms of premature deaths, lost productivity, and the impact on communities—remains substantial and must be addressed.

Cancer disparities and equity research is needed to understand why some groups of people may be more or less likely to develop cancer, experience cancer-related health problems, or die from cancer than other groups of people.

As recognition of cancer health disparities has grown, so have efforts to move beyond simply documenting the problem toward understanding all of its causes and developing and testing interventions to remedy it. Studies suggest that the differences observed in cancer incidence and mortality between various population groups are the result of a complex interplay of genetic, environmental, and social factors.

For example, access to care is a critical element that contributes to cancer health disparities. Access to care is influenced by a web of factors, such as insurance status and proximity to health care facilities. Changes that have been implemented as a result of the Affordable Care Act are already helping to address the issue of access to health care by making recommended cancer screening and prevention interventions more affordable and expanding Medicaid.

Patient navigation, which is a strategy to help patients maneuver through our complex health care system, has also shown promise as a means of addressing cancer health disparities. Navigators can help patients overcome the multitude of barriers that can derail access to quality care, such as insufficient finances and lack of transportation. 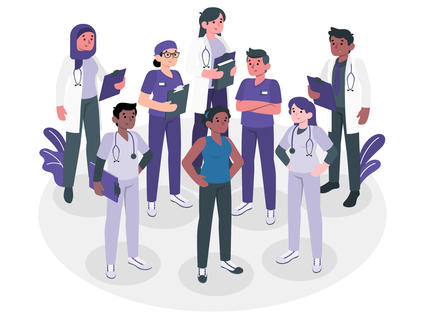 As the issue of disparities has gained more attention in the cancer research and public health communities, it has produced more opportunities for collaboration among researchers. One such area of collaboration involves efforts to increase the diversity of participants in clinical trials, which can ensure that trial findings are applicable to a broader patient population.

The greater recognition of cancer health disparities is also prompting researchers to test community-level interventions that address the unique needs of specific populations in which disparities are particularly problematic, such as Native American and Appalachian populations.

Moreover, as researchers fine tune their understanding of the underlying biology of cancer, they are learning more about the biological differences that may contribute to cancer health disparities, potentially producing more tailored approaches to prevention, diagnosis, and treatment.

Developing ways to improve access to quality cancer care—from access to smoking cessation programs and recommended cancer screenings to timely treatment—continues to be one of the most daunting challenges facing the cancer research community.

Access to care is affected by many socioeconomic and policy-level factors that are beyond the control of the research and public health communities. Some of these factors include lack of access to health care facilities, state and federal policies on health insurance, and hospital and physician payment rules.

Beyond access, it can be difficult to tease apart the complex mix of factors that may contribute to differences in disease outcomes among different racial/ethnic groups—including environmental (e.g., exposure to secondhand smoke), behavioral (e.g., higher rates of alcohol use and physical inactivity), cultural (e.g., mistrust of the health care system and fatalistic attitudes about cancer), and biological factors.

Researchers are working hard to overcome these hurdles and to design and test interventions that can address the various drivers of disparities in different population groups. 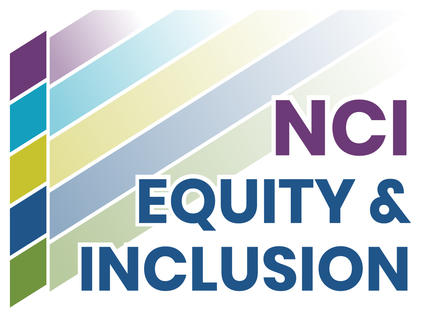 Learn how NCI will help end structural racism in biomedical research and why the program was launched.

NCI is addressing cancer health disparities on numerous fronts—from basic research on the biology behind disparities and large comprehensive studies examining the factors that contribute to disparities to community-level programs that aim to overcome barriers to cancer care and population-based registries that help to document the extent of the problem and highlight areas for further study.

NCI’s Center for Cancer Research (CCR) conducts basic research on the genetic and biological basis of health disparities in several cancers, including lung, prostate, and breast cancer. Researchers use epidemiological and translational research strategies to identify risk factors and pathways that influence tumor development and progression and conduct studies on the molecular basis for disparities in breast cancer outcome and how they are influenced by nonbiological factors.

NCI research programs such as the Surveillance, Epidemiology, and End Results (SEER) Program, which is part of NCI’s Division of Cancer Control and Population Sciences (DCCPS), are also helping researchers better understand some of the potential factors that may influence cancer disparities. For example, survival rates for women diagnosed with breast cancer have been steadily improving over the past several decades. However, these improvements have not been shared equally, with African American women more likely to die of their disease.

DCCPS, the National Institute on Minority Health and Health Disparities, and the Prostate Cancer Foundation are supporting a large study on prostate cancer in African American men, called RESPOND. The study will investigate environmental and genetic factors to better understand why African American men disproportionally experience aggressive disease compared with men of other racial and ethnic groups.

DCCPS also supports grants and collaborations that address cancer disparities that encompass the entire cancer control continuum—from identifying and understanding the role of biology in disparities, to cancer prevention, access to treatment, and survivorship care. In fact, nearly half of all grants currently supported by DCCPS include a health disparities component.

The Partnerships to Advance Cancer Health Equity (PACHE) program is supported by CRCHD. PACHE fosters collaboration among investigators at institutions serving underserved health disparity populations and underrepresented students and NCI-Designated Cancer Centers. The program seeks to achieve a greater understanding of the underlying causes of cancer health disparities. To advance these goals, PACHE supports the training and education of individuals from populations that are underrepresented in cancer research and supports research across the cancer research continuum, including cancer health disparities research. 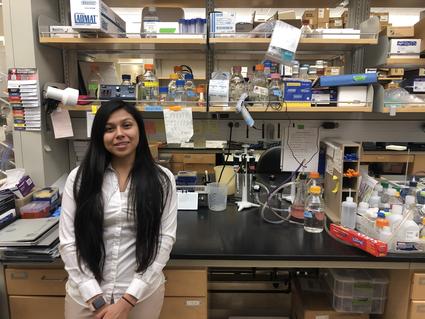 CRCHD supports other training programs for individuals from backgrounds typically underrepresented in cancer research and cancer health disparities research. These diversity training programs include the Continuing Umbrella of Research Experiences (CURE). CURE funds a broad range of research training opportunities for individuals from underrepresented populations across the academic continuum, starting with high school students and continuing through early-stage investigators. The CURE program has successfully increased the participation of under-represented individuals in biomedical, behavioral and clinical research. CURE’s holistic approach is intended to help individuals envision and achieve independence in a career in cancer research.

In the fall of 2016, CRCHD launched the National "Screen to Save" Colorectal Cancer Outreach and Screening Initiative. The aim of the initiative is to increase colorectal cancer screening rates among racially and ethnically diverse communities and in rural areas. Working through the NCI-supported National Outreach Network, community health educators will partner with community-based organizations, institutions serving underrepresented populations, and other clinical and academic organizations to deliver colorectal cancer screening information and conduct culturally tailored outreach within their communities.

For example, NCORP has developed a protocol to collect broader demographic and clinical data that will enhance researchers' understanding of accrual barriers and inform the development of effective strategies to improve accrual, particularly for minority and underserved populations.

NCI has also joined with the American Society of Clinical Oncology, American Cancer Society, and American Association for Cancer Research to form a disparities-focused think tank. Composed of scientific leaders from each organization, the think tank is developing a blueprint for prioritizing areas of focus for disparities research and fostering greater collaboration.