What is biomarker testing for cancer treatment?

There are also other kinds of biomarkers that can help doctors diagnose and monitor cancer during and after treatment. To learn more, visit the Tumor Markers fact sheet.

Biomarker testing for cancer treatment may also be called:

A biomarker test may be called a companion diagnostic test if it is paired with a specific treatment.

Biomarker testing is different from genetic testing that is used to find out if someone has inherited mutations that make them more likely to get cancer. Inherited mutations are those you are born with. They are passed on to you by your parents.

How are biomarker tests used to select cancer treatment?

Biomarker tests can help you and your doctor select a cancer treatment for you. Some cancer treatments, including targeted therapies and immunotherapies, may only work for people whose cancers have certain biomarkers. 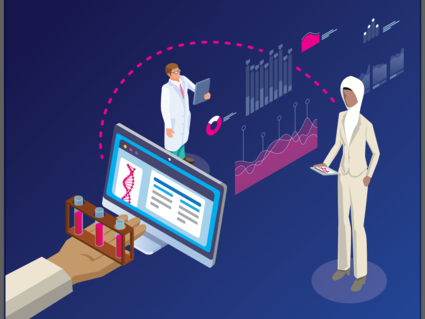 Patients Discuss Use of Genomic Data in Cancer Care

For example, people with cancer that has certain genetic changes in the EGFR gene can get treatments that targets those changes, called EGFR inhibitor. In this case, biomarker testing can find out whether someone’s cancer has an EGFR gene change that can be treated with an EGFR inhibitor.

Biomarker testing could also help you find a study of a new cancer treatment (a clinical trial) that you may be able to join. Some studies enroll people based on the biomarkers in their cancer, instead of where in the body the cancer started growing. These are sometimes called basket trials.

For some other clinical trials, biomarker testing is part of the study.  For example, studies like NCI-MATCH and NCI-COG Pediatric MATCH are using biomarker tests to match people to treatments based on the genetic changes in their cancers.

To find out if there are open trials for which you may be eligible, use the search tool at Find Clinical Trial. Or, contact the Cancer Information Service for help.

Yes, biomarker testing is an important part of precision medicine, also called personalized medicine. Precision medicine is an approach to medical care in which disease prevention, diagnosis, and treatment are tailored to the genes, proteins, and other substances in your body.

The idea of precision medicine isn’t new, but recent advances in science and technology have helped speed up the pace of this area of research. Scientists now understand that cancer cells can have many different changes in genes, proteins, and other substances that make the cells grow and spread. They have also learned that even two people with the same type of cancer may not have the same changes in their cancer. Some of these changes affect how certain cancer treatments work.

Even though researchers are making progress every day, the precision medicine approach to cancer treatment is not yet part of routine care for most patients. But it's important to note that even the “standard” approach to cancer treatment (selecting treatments based on the type of cancer you have, its size, and whether it has spread) is effective and is personalized to each patient.

Should I get biomarker testing to select cancer treatment?

Talk with your health care provider to discuss whether biomarker testing for cancer treatment should be part of your care. Doctors usually suggest genomic biomarker testing (also called genomic profiling) for people with cancer that has spread or come back after treatment (what’s called advanced cancer).

How is biomarker testing done?

If you and your health care providers decide to make biomarker testing part of your care, they will take a sample of your cancer cells. If you have a solid tumor, they may take a sample during surgery. If you aren’t having surgery, you may need to have a biopsy of your tumor.

If you have blood cancer or are getting a biomarker test known as a liquid biopsy, you will need to have a blood draw. You might get a liquid biopsy test if you can’t safely get a tumor biopsy, for example, because your tumor is hard to reach with a needle.

Your samples will be sent to a special lab where they will be tested for certain biomarkers. The lab will create a report that lists the biomarkers in your cancer cells and if there are any treatments that might work for you. Your health care team will discuss the results with you to decide on a treatment.

For some biomarker tests that analyze genes, you will also need to give a sample of your healthy cells. This is usually done by collecting your blood, saliva, or a small piece of your skin. These tests compare your cancer cells with your healthy cells to find genetic changes (called somatic mutations) that arose during your lifetime. Somatic mutations cause most cancers and can’t be passed on to family members.

Are there different types of biomarker tests?

Some tests check for one certain biomarker. Others check for many biomarkers at the same time and may be called multigene tests or panel tests. One example is the Oncotype DX test, which looks at the activity of 21 different genes to predict whether chemotherapy is likely to work for someone with breast cancer.

Some tests are for people with a certain type of cancer, like melanoma. Other tests look for biomarkers that are found in many cancer types, and such tests can be used by people with different kinds of cancer. 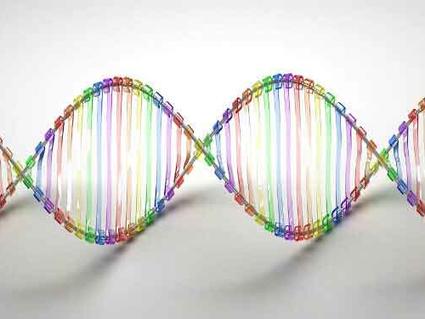 Still other biomarker tests look at the number of genetic changes in your cancer (what’s known as tumor mutational burden). This information can help figure out if a type of immunotherapy known as immune checkpoint inhibitors may work for you.

Biomarker tests known as liquid biopsies look in blood or other fluids for biomarkers from cancer cells. There are two liquid biopsy tests approved by the Food and Drug Administration (FDA), called Guardant360 CDx and FoundationOne Liquid CDx.

What do the results of a biomarker test mean?

The results of a biomarker test could show that your cancer has a certain biomarker that is targeted by a known therapy. That means that the therapy may work to treat your cancer.

The results could also show that your cancer has a biomarker that may prevent a certain therapy from working. This information could spare you from getting a treatment that won’t help you.

Some biomarker tests can find genetic changes that you may have been born with (inherited) that increase your risk of cancer or other diseases. These genetic changes are also called germline mutation. If such a change is found, you may need to get another genetic test to confirm whether you truly have an inherited mutation that increases cancer risk.

Finding out that you have an inherited mutation that increases cancer risk may affect you and your family. For that reason, your health care provider may recommend that you speak with a genetic healthcare provider (such as a genetic counselor, clinical geneticist, or a certified genetic nurse) to help you understand what the test results mean for you and your family.

Will biomarker testing for cancer treatment help me?

Biomarker tests don’t help everyone who gets them. There could be several different reasons why they may not help you.

One reason is that the test might not find a biomarker in your cancer that matches with an available therapy.

Even if your cancer has a biomarker that matches an available treatment, the therapy may not work for you. Sometimes other features of your cancer or your body affect how well a treatment works, such as how the medicine is broken down in your body.

How much does biomarker testing for cancer treatment cost?

The cost of biomarker testing varies widely depending on the type of test you get, the type of cancer you have, and your insurance plan.

For people with advanced cancer, some biomarker tests are covered by Medicare and Medicaid. Private insurance providers often cover the cost of a biomarker test if there is enough proof that the test is required to guide treatment decisions. Tests without enough proof to support their value may be considered experimental and are likely not covered by insurance.

At NCI, researchers are working to find biomarkers in all types of people with all types of cancer. NCI’s Center for Cancer Genomics studies the cancer genomes of thousands of patients and the Office of Cancer Clinical Proteomics Research conducts studies that combine the analysis of cancer genes and proteins. NCI researchers are also working to find therapies that can treat people with cancers that have certain biomarkers.