Working to Close the Cancer Screening Gap Caused by COVID

As the coronavirus pandemic raged in 2020, the number of people getting screened for cancer in the United States dropped dramatically. Many screening facilities closed temporarily, while others faced severe staffing shortages. On top of that, people were afraid to go to hospitals and other medical facilities for nonemergency procedures for fear of catching COVID-19.

An estimated 9.4 million screening tests that normally would have taken place in the United States in 2020 didn’t happen. These missed screenings, many experts worry, could potentially lead to cancers being diagnosed at a more advanced stage and, ultimately, to more people dying from cancer.

A new effort led by the American College of Surgeons in collaboration with the American Cancer Society aims to close the COVID-induced screening gap by helping cancer facilities implement a broad range of strategies to bring their screening rates back up to their pre-pandemic levels. This initiative, called the Return-to-Screening study, is one of the largest such efforts in the United States.

Details of the study appeared March 21 in Cancer, with outcomes anticipated to be published later this year.

All of the participating cancer facilities “figured out what their screening [gaps were] and where they needed to put their efforts” to close them, said Heidi Nelson, M.D., medical director of cancer programs at the American College of Surgeons, who is leading the study.

Similar efforts by individual institutions have also been launched around the country, including some at community health centers that are focused on screening for specific cancers or in specific population groups.

What remains to be seen is the extent to which such initiatives will address meaningful gaps in screening, such as for cancer types in which screening continues to lag and underserved populations that have low screening rates, said Jennifer Croswell, M.D., M.P.H., of the Healthcare Delivery Research Program in NCI’s Division of Cancer Control and Population Sciences.

“Many of these organizations have bounced back to their pre-pandemic levels of screening. That doesn't necessarily mean everything's great,” Dr. Croswell said. “There are pockets where people in underserved areas are doing a lot worse than others.”

A big question that Dr. Croswell is hoping some of these efforts can answer is, “How do we provide help for those underserved places to catch up with the rest of the country in terms of screening?”

Getting people back to screening

In the Return-to-Screening study, 748 accredited cancer facilities—from small community-based programs to large academic cancer centers—implemented strategies from June through November 2021 to increase the rate of breast, lung, colorectal, and cervical cancer screening at their facility. The participating groups aimed to add a total of 70,000 additional screening tests per month by the end of the 6-month period.

Dr. Nelson noted that the study encouraged cancer facilities to use evidence-based interventions that are known to be effective in raising screening rates.

Some of these strategies, outlined in a toolkit by the American Cancer Society, focused on increasing public awareness of screening, including through social media campaigns and patient education.

Others focused on health care providers, using various means of reminding doctors to order screening tests for their patients and bolstering their knowledge of screening guidelines. A third strategy sought to increase access to screening, for example, by extending the hours when screening is available or providing financial support to those who do not have health insurance. 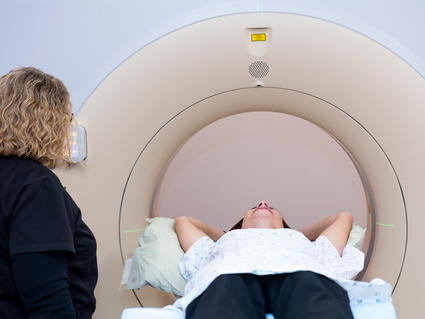 COVID-19 has created obstacles and opportunities for improving screening.

“We did not prescribe what interventions centers should use,” Dr. Nelson said. However, she added, “we did encourage them to select more than one kind of intervention. If you only reached out to your community but didn't increase awareness [among] health care professionals, then you're still going to have a screening gap.”

Several of the participating cancer facilities offered an early look at the interventions they undertook and how their monthly screening rates have changed.

Angie Caton, R.N., assistant nurse manager of oncology services at Northeast Georgia Medical Center, said that this medical center averaged around 2,500 screening mammograms a month before the pandemic. That number dropped to 1,300 at one point during the pandemic.

At the same time, “we started noticing a very big drop in our tumor pathology reports,” Ms. Caton said. “Every day, [doctors] were reporting fewer surgeries. But you know there’s cancer out there. That's when we raised the red flag at our organization.”

Two internal medicine residents volunteered to track which people were overdue for screening and reminded doctors to order those screening exams. At the same time, the imaging centers made sure they had the capacity and staff to handle the increased volume of tests. In addition, the medical center leveraged activities like community luncheons and social media outreach, creating Facebook posts about mammography and translating those posts into five different languages.

Ms. Caton said that the medical center used more than 40 different interventions over the 6-month period. “In any month, we had 12 interventions going on at the same time,” she said.

The investment paid off in rebounding screening numbers. By December 2021, the average monthly volume of screening mammograms had reached 2,547. The medical center’s goal was to do 14,364 mammograms over the 6-month study period. They ended up doing 15,284 mammograms.

At Henry Ford Health in the metropolitan Detroit area, Donna Long, R.N., manager of screening and tumor boards, said efforts were focused on African American and Hispanic women between the ages of 40 and 75 because that population had lower mammography rates than other groups even before the pandemic started.

Hospital staff held virtual focus groups with people in the community to find out what barriers prevented people from going in for screening. The barriers related less to logistical matters, such as lacking transportation or childcare, than they had anticipated, Ms. Long explained. Instead, many people said that they didn’t know they needed to be screened or were afraid of what the tests would show.

“Part of our education included explaining who should have a mammogram, what to expect during the mammogram, and how to access the services,” she said. “And then Henry Ford community health workers made direct calls to patients to help them schedule an appointment.”

By the end of the 6-month period, the system had increased the number of mammograms performed by almost 17% among African American women and 35% among Hispanic women compared with 2020, according to data provided by Ms. Long. “We used focused and intentional actions, and we had a great outcome,” she said.

In a virtual session in September 2021, other cancer programs participating in the Return-to-Screening study shared the interventions that worked for them.

Jonathan Boggs, an oncology quality assurance coordinator at Appalachian Regional Healthcare, said that one of the challenges with serving a rural area is the lack of health literacy. So staff in the health care system made sure all the materials they created to promote breast and cervical cancer screening used simple language. They also started a fund to help people cover some of the costs associated with screening.

In addition, they did a big push to get their own staff screened. “A lot of them have forgotten to take care of themselves,” Mr. Boggs said. “They’ve been taking care of COVID patients.”

Dr. Croswell said that while it’s good to see screening rates rebound, having a modest delay in screening caused by the pandemic may not be a major concern, especially for people who had been getting regular screenings prior to the disruption.

“We have an opportunity with the disruption in care that occurred to think about changing how we bring people in for screening,” she said. “Do we make a concerted effort to prioritize those falling through the cracks? Or [do we] continue to let it be a system where the first to return are those already well hooked into care and thus at lower risk of an adverse outcome from their delay compared to those years out-of-date or never screened at all?” 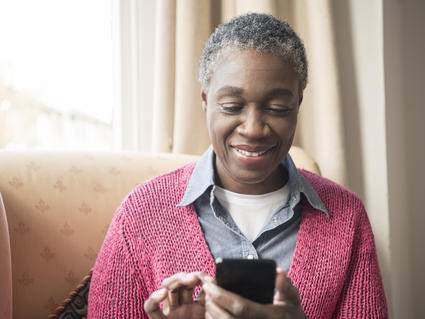 Findings come from a study that is part of a larger effort to address screening disparities.

This may also be a good opportunity to double down on cancers in which screening rates have historically been lower among eligible people, Dr. Croswell said, particularly lung and colorectal cancer. In some communities or regions, she continued, that may be “where you would want to put your resources.”

Some centers participating in the Return-to-Screening study are focusing their efforts on these cancers, as are others who are tackling the screening deficit problem on their own.

In Southern California, for example, the Moores Cancer Center at UC San Diego Health is working with community health centers to identify potential strategies to improve rates of colorectal cancer screening in underserved communities in the region.

The strategies include mailing at-home stool tests to patients, working with gastroenterology practices to improve access to colonoscopies for patients who have a positive at-home test, and bolstering prevention strategies for clinics, providers, and patients, said the study’s lead author, Jesse Nodora, Dr.P.H.

And in Rhode Island, the Lifespan Cancer Institute at Rhode Island Hospital is collaborating with Blackstone Valley Community Health Care on a study of ways to increase the rates of lung cancer screening among underserved populations in the state.

The project involves creating short testimonial videos featuring people who had precancerous lung nodules detected through screening at Blackstone Valley. The videos are being filmed in patients’ native languages and shared on social media.

In addition, people due for screening will receive one-on-one education and support for things like transportation to their screening appointment and working through the insurance process. People in the community are being invited to join a board to offer their ideas on how to increase screening among their peers.