When lung cancer is found before it has spread beyond the lungs, patients usually have surgery to remove the tumor. Unfortunately, even when the cancer is caught early and surgery removes all of the tumor, the cancer often comes back.

Now, results from a large clinical trial show that treatment with the immunotherapy drug nivolumab (Opdivo) and chemotherapy before surgery can substantially delay the progression or return of the cancer.

In the trial, called CheckMate 816, patients with early-stage non-small cell lung cancer (NSCLC) were given either nivolumab and chemotherapy or chemotherapy alone before surgery, known as neoadjuvant therapy. Patients who received the combination lived longer without experiencing serious events, including their cancer returning. Trial participants haven’t been followed long enough to determine whether the combination treatment also improved how long they live overall.

In March, based on the trial’s results, the Food and Drug Administration (FDA) approved nivolumab as a neoadjuvant treatment in combination with chemotherapy for people with early-stage NSCLC. Findings from the CheckMate 816 trial were presented in April at the American Association for Cancer Research (AACR) annual meeting and published simultaneously in the New England Journal of Medicine (NEJM).

“Progress in lung cancer typically happens by slow progress punctuated by quantum leaps,” said David Paul Carbone, M.D., Ph.D., of Ohio State University, who was not involved in the study, at the AACR meeting. These results may represent one of those leaps, Dr. Carbone continued.

“Combining [immunotherapy] with surgery … is a new standard of care and will almost certainly improve overall survival in early-stage disease for the first time in decades,” Dr. Carbone said.

Non-small cell lung cancer, the most common form of lung cancer, has often already spread beyond the lungs when it is diagnosed, so research has largely focused on people with more advanced forms of the disease.

However, over the past 10 years, the percentage of people diagnosed with early-stage lung cancer has slowly increased, as more people who are at increased risk for lung cancer are getting screened.

Prescribing chemotherapy before surgery for people with early-stage NSCLC is not new. But its use in everyday care has been limited because it only modestly increases how long patients live.

Over the past several years, FDA has approved two drugs as post-surgical, or adjuvant, treatment in people with early-stage NSCLC. They include osimertinib (Tagrisso), which is approved for patients whose tumors have mutations in the EGFR gene, and the immunotherapy drug atezolizumab (Tecentriq), which is approved for use in patients whose tumors have increased levels of the immune checkpoint protein called PD-L1. Immunotherapy drugs are standard treatments for advanced lung cancer, but these approvals were the first for earlier stage lung cancer.

Following promising findings from smaller clinical trials, the phase 3 CheckMate 816 trial was launched to provide more definitive answers about the effectiveness of adding immunotherapy to neoadjuvant chemotherapy in early-stage NSCLC. The trial was sponsored by Bristol Myers Squibb, which manufactures nivolumab.

The trial enrolled 358 patients with early-stage NSCLC, which was defined as stage IB to stage IIIA. These patients were randomly assigned to receive three rounds of chemotherapy and nivolumab or just chemotherapy with surgery scheduled within 6 weeks.

After a follow-up of at least 21 months, the patients who received nivolumab treatment lived on average 11 months longer without experiencing a serious event, including their cancer coming back or getting worse or death from any cause, a measure known as event-free survival.

Additionally, 24% of tissue samples from patients who received nivolumab and chemotherapy showed no signs of cancer—known as a complete pathologic response—compared with only 2% from patients who received chemotherapy alone. Also, participants who had a pathologic complete response after neoadjuvant therapy generally had much better event-free survival than those who didn’t.

Patients who received nivolumab and chemotherapy were also more likely to have minimally invasive surgery instead of standard open surgery.

The trial was not designed to definitively determine whether tumors in patients who benefited most from the addition of nivolumab had specific tumor characteristics. But it had some suggestive results, explained the study’s lead investigator, Nicolas Girard, M.D., Ph.D., of the Curie-Montsouris Chest Center, during a presentation at the AACR meeting.

For example, patients whose tumors had elevated levels of PD-L1 proteins, which nivolumab targets, had longer event-free survival and were more likely to have a pathologic complete response.

Although immune checkpoint inhibitors can have serious side effects, “there was no increased toxicity or surgical complications with the addition of nivolumab to chemotherapy in this trial,” said Dr. Girard. Only a handful of patients who received nivolumab had immune-related side effects (e.g., skin rash), and these were mild, he said.

Because FDA approved nivolumab plus chemotherapy as neoadjuvant therapy just recently, there was general agreement among experts that it may take time for this treatment to be used broadly.

For example, one of the biggest challenges will be ensuring that patients are actually given the option for neoadjuvant therapy, said Christine Lovly, M.D., Ph.D., of the Vanderbilt–Ingram Cancer Center, who specializes in treating lung cancer. Most people diagnosed with early-stage lung cancer don’t see a medical oncologist, who would prescribe this treatment, until after they’ve had surgery to remove their tumor. 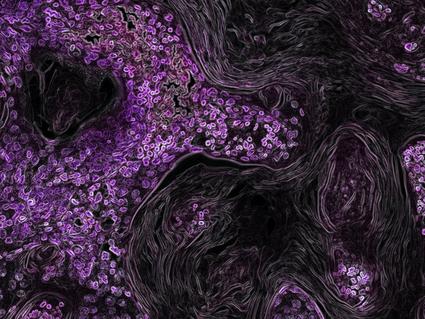 Approval is for sotorasib (Lumakras) to treat advanced lung cancer.

“If you’re going to do neoadjuvant therapy, you have to be able to plan the timing of it with medical oncologists and with the surgeon,” said Dr. Lovly, who was not involved in the trial. “You’re going to have to have more coordination of care across multiple medical specialties.”

Thankfully, “this is a solvable problem,” she continued, because successful models of neoadjuvant care already exist.

“For … other cancers, like breast cancer, they routinely use neoadjuvant care, so there are breast cancer centers where multidisciplinary teams are sitting under the same roof,” said Dr. Lovly, who also wrote an editorial on the trial results in NEJM. “I think it’s completely possible to do this for lung cancer, but health care systems are going to have to adapt.”

More research is needed to understand how to best use the available neoadjuvant and adjuvant treatment options, Dr. Carbone said at the AACR meeting.

He argued against using neoadjuvant immunotherapy as a one-size fits all solution. “Every patient’s tumor is different,” he said, and better tumor biomarkers are needed “to tailor treatments to patients.”

Another question is whether all patients with early-stage disease should get neoadjuvant treatment, noted Dr. Lovly.

For example, data from the trial suggested that patients with stage IIIA cancer did better than patients diagnosed with cancer at an earlier stage in terms of both event-free survival and pathologic complete response. But further work is still needed to decide how to use these results to inform patient treatment plans, Dr. Lovly said.

In the CheckMate 816 trial treatment after surgery was optional. Who will benefit most from adjuvant therapy in combination with neoadjuvant therapy and which treatments should be used are open questions that will be answered in the years to come, Dr. Lovly said.

“There will be years of additional studies to try and figure out how to refine [the] treatment of early-stage NSCLC,” she said. “We’re very grateful to have options for our patients, but ultimately it takes time to figure out who benefits the most and how we can best use this new treatment.”