Brentuximab Approved for High-Risk Hodgkin Lymphoma in Children and Adolescents

The Food and Drug Administration (FDA) has approved the drug brentuximab vedotin (Adcetris) in combination with chemotherapy for the treatment of some children and adolescents with Hodgkin lymphoma.

The approval, announced on November 10, covers use of the combination as an initial treatment for people 2 to 21 years of age with high-risk classical Hodgkin lymphoma.

In 2018, FDA approved brentuximab vedotin as an initial, or first-line, treatment for adults with advanced Hodgkin lymphoma.

The approval in younger people was based on an NCI-sponsored clinical trial conducted by the Children’s Oncology Group. In the trial, approximately half of the participants were randomly assigned to receive brentuximab vedotin and a chemotherapy-based regimen consisting of doxorubicin, vincristine, etoposide, prednisone, and cyclophosphamide.

The other patients received the same chemotherapy-based regimen along with bleomycin, which was a standard of care for children and adolescents with high-risk classical Hodgkin lymphoma.

In the study, brentuximab vedotin plus chemotherapy was superior to standard-care chemotherapy based on a measure known as event-free survival. In the trial, event-free survival was the length of time from when a patient was randomly assigned to a treatment group until disease progression or relapse, second cancer, or death due to any cause.

At a median follow-up of 42 months, 92.1% of those in the brentuximab vedotin group had not experienced an event compared with 82.5% of those in the standard-care chemotherapy group, according to findings published November 3 in the New England Journal of Medicine (NEJM).

“The improvement in event-free survival is clinically meaningful and establishes the role of brentuximab vedotin as an important agent for successfully treating Hodgkin lymphoma in this patient population,” Dr. Smith added.

A targeted drug for kids with Hodgkin lymphoma

In people with classical Hodgkin lymphoma, cancer cells form in the lymph system. Although this type of lymphoma is uncommon in the general population, it is one of the most commonly diagnosed cancers in adolescents aged 15–19.

Brentuximab vedotin, which is given by intravenous injection, is a type of targeted therapy called an antibody-drug conjugate. The antibody part of the drug recognizes a protein called CD30, which is often found at high levels on Hodgkin lymphoma cells called Reed-Sternberg cells. When the antibody binds to CD30 on these cancer cells, it delivers the drug vedotin to the cell, which interferes with cell division and leads to the cell’s death.

To conduct the trial, Sharon Castellino, M.D., MSc, of Winship Cancer Institute of Emory University and Children’s Healthcare of Atlanta and her colleagues in the Children’s Oncology Group enrolled 600 children and adolescents with stage IIB with bulk tumor, or stage IIIB, IVA, or IVB Hodgkin lymphoma.

“The study enrolled a significant percentage of patients from minority populations that are [usually] underrepresented in clinical trials, which is extremely important,” said Ann S. LaCasce, M.D., a lymphoma specialist at the Dana-Farber Cancer Institute who was not involved in the research. “This has not been the case in adult studies, and the Children’s Oncology Group should be applauded for their efforts.”

In the pediatric trial, brentuximab vedotin plus chemotherapy “resulted in the best outcomes we have ever seen in patients with Hodgkin lymphoma and high-risk disease,” Dr. LaCasce added.

Longer follow-up is needed to determine for each group whether there are late relapses of Hodgkin lymphoma or development of second cancers.

Reducing the amount of radiation used to treat young patients

More than half of the participants in both groups received radiation therapy after completion of chemotherapy for tumors that, based on PET imaging performed part way through their treatments, were slow to respond, or shrink.

The radiation was tailored for individual patients and involved smaller areas and lower doses than have been used in previous pediatric trials, noted Dr. Castellino. 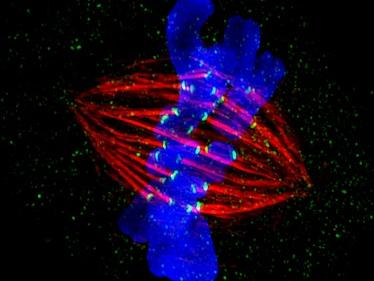 For Kids with Hodgkin Lymphoma, Less Radiation a Possibility

In a new trial, a treatment regimen using brentuximab was effective and minimized the need for radiation.

“In general, we are all trying to limit the use of radiation given the risk of long-term side effects,” said Dr. LaCasce. “Recent studies have demonstrated that we can significantly reduce the use of radiation by using PET scans to measure early responses to treatment.”

Adding brentuximab vedotin to the chemotherapy-based regimen did not increase side effects, the researchers found. A side effect that has been reported in adult trials involving brentuximab vedotin—severe peripheral neuropathy, which can cause pain and tingling in parts of the body—was less common in the Children’s Oncology Group trial, noted Dr. Castellino.

The most common side effects in the brentuximab vedotin group included low white and blood cell counts, inflammation or irritation in the mucous membranes in the mouth (stomatitis), and infection.

During the treatment phase of the clinical trial, less than 10% of patients who received brentuximab vedotin needed a dose reduction because of side effects, according to Kara Kelly, M.D., of Roswell Park Comprehensive Cancer Center and University of Buffalo School of Medicine and Biomedical Science and a leader of the trial.

“The FDA approval is a win for children”

The findings from the Children’s Oncology Group trial are consistent with the results of a smaller study published last year. In that study, which did not include a control group, brentuximab vedotin plus chemotherapy showed promise as an initial treatment for children and adolescents with high-risk Hodgkin lymphoma.

Dr. Castellino agreed. “The FDA approval is a win for children who now have access to a targeted therapy for Hodgkin lymphoma for the first time.”