Advances in Melanoma and Other Skin Cancers Research

NCI-funded researchers are working to advance our understanding of how to treat melanoma and other skin cancers. Much progress has been made in treating people with melanoma that has spread in their bodies (metastatic melanoma). Yet many people still don't benefit from the newest drugs, and others often relapse after initially successful treatment.

This page highlights some of the latest research in treatment for melanoma and other skin cancers, including clinical advances that may soon translate into improved care, NCI-supported programs that are fueling progress, and current research findings from recent studies.

Surgery remains the standard treatment for early-stage melanoma and may also be used as part of therapy for more advanced disease. However, researchers are now focusing on developing treatments that directly target specific mutations in melanoma cells or that harness the body’s immune system to attack melanoma.

Both of these approaches—targeted therapies and immunotherapies—have led to dramatic improvements in survival for patients with advanced melanoma over the last decade. Researchers are continuing to explore ways to make these treatments more effective for more patients.

Targeted therapies use drugs or other substances to attack specific types of cancer cells with less harm to normal cells. About half of people with melanoma that has metastasized or can’t be removed with surgery (unresectable melanoma) have mutations in the BRAF gene. These mutations result in abnormal B-Raf proteins that can cause uncontrolled growth of melanoma cells.

Drugs have been developed that block the effects of these altered B-Raf proteins. Other new drugs block proteins that work together with B-Raf proteins to promote cancer cell growth, including proteins produced by the MEK genes. The combination of blocking both B-Raf and MEK has been found to be particularly successful in treating melanoma that has a mutation in the BRAF gene. Three such combinations are approved for people with metastatic or unresectable melanoma that has mutations in the BRAF gene:

However, although these drugs may be effective initially, most people develop resistance to them within a year. Researchers are studying how melanoma cells manage to grow in the presence of these targeted therapies, with the goal of finding ways to overcome resistance. Ideas being tested include new drug combinations and drugs that target the B-Raf pathway in different ways than existing drugs.

Immunotherapies are treatments that help the body’s immune system fight cancer more effectively. Melanoma tends to have a relatively high number of genetic mutations that can be recognized by the immune system compared with other cancer types. This makes it more likely that melanoma will respond to immunotherapy.

The combination of ipilimumab and nivolumab is also approved for some patients with metastatic or unresectable melanoma. In the study that led to its approval, more than half of the people who received the combination were alive 5 years after treatment. Another clinical trial showed that this combination can also shrink melanoma that has spread to the brain in some patients.

The combination of nivolumab with a new type of immune checkpoint inhibitor called relatlimab also improved the amount of time people with advanced melanoma lived without their cancer getting worse. This combination received FDA approval in 2022, under the name Opdualag, for people aged 12 or older with untreated melanoma that can't be removed surgically or has spread within the body.

Scientists are looking for ways for more people to have success with these drugs. Unfortunately, even when used in combination, immune checkpoint inhibitors only work in a minority of people with metastatic or unresectable melanoma, although patients whose tumors do shrink or disappear often have responses that last for years. Researchers are now testing ways to increase the number of people with melanoma who benefit from this type of treatment, such as these below.

Learning what treatments to give first

Melanoma researchers are also looking to understand how best to use existing therapies. One pressing question had been whether it is better for people who have advanced melanoma with mutations in the BRAF gene to receive targeted drugs or immune checkpoint inhibitors first. 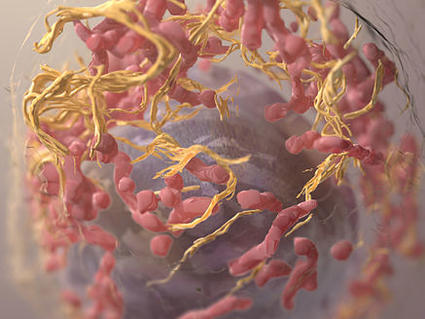 Researchers are also searching for biomarkers in melanoma that can predict which tumors might respond to other immunotherapies or drug combinations.

In a small, early-phase clinical trial of ACT, about half of patients with metastatic melanoma saw their tumors shrink, and a quarter remained in remission for as long as the study tracked them—in some cases for up to a decade. But the procedure is complicated and expensive, and half of people do not benefit from the treatment at all or experience dangerous or even fatal side effects. Researchers are looking for ways to make ACT work for more patients such as the examples below.

Adjuvant therapy is additional cancer treatment given after primary surgical treatment. Nivolumab, ipilimumab, and pembrolizumab have all been approved as adjuvant therapies for melanoma that has spread to nearby lymph nodes but can be removed with surgery. In clinical trials, all three immune checkpoint inhibitors reduced the risk of recurrence for some patients when given after surgery, although many patients experienced serious side effects.

Another study tested pembrolizumab in patients with early-stage melanoma that has not spread to the lymph nodes but had a high risk of doing so. It found that giving pembrolizumab after surgery reduced the chance of the cancer coming back or spreading elsewhere in the body. However, the treatment can cause significant side effects. More studies are needed to understand how to identify the people with this type of high-risk, early-stage melanoma who would benefit the most from such treatment.

Researchers are also exploring whether immune checkpoint inhibitors might be more effective if given before surgery. One NCI-sponsored trial is comparing the outcomes of patients with melanoma at high risk of recurring who receive pembrolizumab both before and after surgery with those in patients who receive the drug only after surgery.

However, recent small clinical trials suggest that these types of melanoma may also respond to immunotherapies. One NCI-sponsored trial is testing pembrolizumab in people with desmoplastic melanoma that can or cannot be removed with surgery.

Immune checkpoint inhibitors have been less effective in intraocular melanoma than in other types of melanoma. However, a different type of immunotherapy called a bispecific fusion protein has shown promise for treating this rare cancer. These drugs bind to melanoma cells and the body’s own immune cells at the same time, to bring them together. This allows the immune cells to kill the melanoma cells. In a clinical trial, one such drug, called tebentafusp, became the first drug to show an improvement in overall survival for patients with metastatic intraocular melanoma.

Another rare type of skin cancer, called Merkel cell carcinoma (MCC), has been shown to be the most sensitive of any tumor type to treatment with a single immune checkpoint inhibitor. In 2017, an immunotherapy called avelumab (Bavencio) received the first-ever FDA approval for a drug to treat MCC.

In addition, more than half of patients with MCC in a small clinical trial had their tumors shrink or disappear during treatment with pembrolizumab, which received FDA approval for the treatment of MCC in 2018. Trials testing other immunotherapies in this rare disease are underway.

Basal cell carcinoma (BCC) and squamous cell carcinoma (SCC) of the skin are the most common cancers in the United States. They rarely spread to other organs and are seldom fatal. However, every year many people are diagnosed with advanced BCC or SCC.

Recent breakthroughs in targeted therapies and immunotherapies have changed the way people with advanced BCC and SCC are treated. Ongoing research seeks to build on these breakthroughs such as

New clinical trials are now testing other immunotherapy drugs and combinations in SCC and BCC. For example, an ongoing study is testing a new type of targeted therapy in combination with either cemiplimab or pembrolizumab for people with advanced or metastatic SCC or Merkel cell carcinoma.

For people whose BCC or SCC has not spread, surgery remains the mainstay of treatment. But less-intensive versions of radiation therapy have been developed for people who can’t tolerate surgery for larger tumors, such as the frail elderly.

Many NCI-funded researchers at the NIH campus, and across the United States and world, are seeking ways to address melanoma and other skin cancers more effectively. Some research is basic, exploring questions as diverse as the biological underpinnings of cancer and the social factors that affect cancer risk. And some is more clinical, seeking to translate this basic information into improving patient outcomes. The programs listed below are a small sampling of NCI’s research efforts for melanoma and other skin cancers.

Scientists in the Division of Cancer Epidemiology and Genetics (DCEG) study families in which multiple members have developed certain cancers. In collaboration with the Melanoma Genetics Consortium (GenoMEL), DCEG researchers are searching for new genes in both melanoma-prone families and through a genome-wide association study to find genes that may increase the risk of melanoma.

The Skin Specialized Programs of Research Excellence (Skin SPOREs) are designed to quickly move basic scientific findings into clinical settings. The Skin SPORE program’s main focus is on melanoma research activities, but it also includes projects in other skin cancer types, such as cutaneous T-cell lymphoma.

NCI's National Clinical Trials Network (NCTN) is a collection of organizations and clinicians that coordinates and supports cancer clinical trials at more than 3,000 sites across the United States and Canada. NCTN currently has a variety of trials testing treatments for skin cancer.

The Division of Cancer Control and Population Sciences (DCCPS) oversees the Cancer Trends Progress Report, an online report that tracks the nation's progress against cancer from prevention through end of life. Topics in the report that inform melanoma and skin cancer research are sun-protective behavior, indoor and outdoor tanning, and sunburn. The division’s Health Behaviors Research Branch (HBRB) supports research in the area of sun protection and reducing indoor tanning practices, through both measurement and intervention studies.

The following are some of our latest news articles about research on melanoma and other skin cancers:

View the full list of Melanoma and Other Skin Cancers Research Results and Study Updates.