Is a Genomic Test Better at Finding Aggressive Prostate Cancer?

If you were recently diagnosed with prostate cancer, there are a few different ways to gauge how aggressive the cancer is—in other words, to see if your cancer is likely to spread beyond the prostate. In a new study, a genomic test appeared to be better at finding aggressive prostate cancer than conventional tests.

The genomic test, called Decipher, looks at the activity of 22 genes and has been shown to predict the risk that a prostate tumor will spread (metastasize). Conventional tests, on the other hand, look at clinical markers like Gleason score and PSA level.

For some men in the study, the Decipher test showed that their cancer was high risk even though conventional tests pegged it as lower risk. This discrepancy appeared to happen more frequently for African-American men than other men, the study found.

Results of the study, partially funded by NCI, were published September 2 in JNCI: Journal of the National Cancer Institute.

It’s important to know how aggressive a patient’s cancer is so that their treatment can be tailored, explained the study’s lead scientist, Kosj Yamoah, M.D., Ph.D., chair of the department of Radiation Oncology at the Moffitt Cancer Center and Research Institute.

“What this [study] points us to is, beyond just the clinical markers that we've been using, we now have to start thinking about genomics too,” said Fatima Karzai, M.D., of NCI’s Center for Cancer Research, who was not involved in the study.

“I would tell patients that if they're newly diagnosed [with prostate cancer] and they want to have a really in-depth conversation about how to get treated, they should ask their doctor if the Decipher [test] should be at least a part of their evaluation,” Dr. Karzai added.

The Decipher test has been in use for many years and is covered by Medicare, Dr. Karzai noted. But professional medical groups haven’t widely recommended the use of Decipher or other genomic tests by people with newly diagnosed, localized prostate cancer.

For many years, doctors have used clinical markers to estimate the risk that a prostate tumor will spread to other parts of the body.

But “as time went on, we realized that … we were missing certain more aggressive [tumors]. And that was happening more frequently in men of African origin,” Dr. Yamoah said.

“So, we started to consider whether our clinical classifications may be suboptimal. They are good, but not as good as they could be,” he explained.

He and his team wondered whether adding a layer of genomic information could reveal aggressive features of prostate tumors that the clinical methods were missing.

“It's pretty significant that they were able to find so many African American men to go on the trial. Usually, if you look at other studies, the rate [of enrollment] is very low” for African Americans, Dr. Karzai noted.

All 226 participants had prostate cancer that had not spread beyond the prostate (localized cancer).

The researchers compared the results of the Decipher test with those of the clinical methods. Because the men all had very similar clinical markers, the researchers expected to see similar Decipher results, Dr. Yamoah said.

Instead, they found a discrepancy: Some men had cancer that was classified as lower risk by clinical methods but as high risk by the Decipher test. 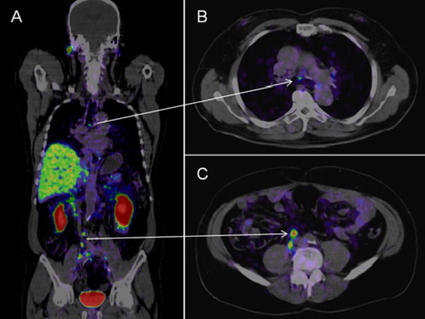 “I think this [study] gives us a platform to move [the Decipher test] into even bigger trials,” Dr. Karzai said.

And in future studies, she said, it will be important to find out if prostate tumors at high genomic risk based on the Decipher test do in fact spread faster or grow back faster after treatment.

The next phase of the ongoing study will address that, Dr. Yamoah explained. Every year, participants with high genomic-risk cancer will get an imaging test, called a PSMA PET scan, to check if their tumors have spread beyond the prostate.

That, he said, will also help answer questions like, “What do we do with these so-called aggressive [tumors] when we catch them early? How can we actually do something about it?”

African-American men are more likely to develop prostate cancer, to have it at an earlier age, and to die from the disease, but it’s not clear why.

Why African American men seem to have more aggressive tumors is another question, Dr. Yamoah said, but it’s likely related to environmental, social, and economic factors that can change tumor biology and genomics.

For example, “there are data suggesting that diet, metabolism, stress—all these other things impact disease,” he continued.

It’s possible that more African American men are exposed to conditions (such as high levels of air pollution or limited access to healthy foods) and other social determinants of health that lead to biological changes encouraging the development and growth of aggressive prostate cancer, Dr. Yamoah explained.

Ultimately, Dr. Karzai said, “one of the things we all need to do better is try to get people of all different backgrounds into clinical trials.” That way, researchers can make sure they are developing tools and treatments that work for everyone, she said.