For some people with hepatocellular carcinoma (HCC), the most common type of liver cancer, a liver transplant is the only hope for a cure. But the availability of donated organs for transplant is severely limited. So, when a donor liver becomes available, doctors and public health experts must decide who is most likely to benefit.

A new study provides the strongest evidence to date in support of US guidelines for determining which people with liver cancer are eligible for a liver transplant, the study’s investigators said. The US guidelines go beyond the strictest and most well-established criteria for a transplant, which largely focus on the extent of cancer that’s present in the liver (the size and number of tumors) at the time a person is diagnosed.

If treatments can shrink a patient’s tumors so that they fit within these criteria—commonly known as the Milan criteria—the guidelines say, that person may also be a suitable candidate for a transplant.

In the study, 52% of people with HCC whose tumors shrank enough after treatment to meet the Milan criteria for a liver transplant were still alive 10 years after receiving a donated liver. By comparison, people with HCC whose disease met the Milan criteria at the time of their diagnosis fared somewhat better: about 61% were still alive 10 years after liver transplant, the team reported July 20 in JAMA Surgery.

Treating liver cancer to reduce the size and number of tumors before surgery is known as downstaging.

The new findings “provide solid data to examine [the] practice” of giving liver transplants to people with HCC that has been downstaged to meet the Milan criteria, wrote transplant surgeon Yuman Fong, M.D., of City of Hope Medical Center, in an editorial that accompanied the study.

That’s important, several liver cancer experts said, because until now, evidence to support these guidelines has been limited and they have not been adopted worldwide.

A 10-year survival rate of more than 50% “is considered a great cure rate for liver cancer,” said Laura Kulik, M.D., of Northwestern Memorial Hospital in Chicago, who was not involved in the new study.

“We’ve always been nervous about the risk of the tumor coming back after transplant in these [downstaged] patients,” said Dr. Kulik, a liver disease specialist who helps evaluate and manage patients before and after a transplant. “This study shows that we’re not wasting donated organs or taking them away from other people” who are more likely to benefit.

The study, which included more than 2,600 patients, “is very solid because it has such a long follow-up time and [looked at] such a large number of people,” said Tim Greten, M.D., head of the gastrointestinal malignancy section in NCI’s Center for Cancer Research, who also was not involved in the study.

Considering the selection criteria for a liver transplant

The incidence of HCC—the third leading cause of cancer deaths worldwide—has been rising in the United States and elsewhere, increasing the demand for transplants. Most transplanted livers are from organ donors who have recently died.

For more than two decades, decisions about which HCC patients are eligible for a liver transplant have been based on a small 1996 study in Italy. That study showed that people with small but inoperable liver tumors did about as well after a liver transplant as people with liver diseases other than cancer, said Parissa Tabrizian, M.D., a surgeon at the Icahn School of Medicine at Mount Sinai and the lead investigator on the new study.

The 1996 study, conducted at a single hospital in Milan, opened the door to liver transplants for people with HCC that is confined to the liver and “had a profound impact on the survival of liver cancer patients,” Dr. Tabrizian said. It allowed the transplant community to establish a simple set of criteria for selecting those most likely to benefit from a transplant.

According to the Milan criteria, transplant recipients must have only a single HCC tumor no bigger than 5 centimeters (about 2 inches) in diameter or two to three tumors of 3 centimeters or less at the time of diagnosis.

However, Dr. Tabrizian said, “the Milan criteria have been repeatedly criticized for being too restrictive.”

Based on earlier, smaller studies with shorter follow-up times, some guidelines, including those from the American Association for the Study of Liver Diseases, now suggest that patients whose cancer can be downstaged to meet the Milan criteria be considered for a liver transplant. However, they note that the evidence from these earlier studies is not strong.

To seek more evidence on how patients who were downstaged fare after a transplant over the long term, Dr. Tabrizian and her colleagues analyzed data from 2,645 adults with HCC who had liver transplants at five US transplant centers from 2001 to 2015.

The remaining 182 patients (7%) had HCC that could not be downstaged or had progressed beyond the Milan criteria but ultimately underwent a transplant (beyond Milan criteria group).

Although people in the downstaged group had lower survival and higher recurrence rates than those in the Milan criteria group after transplant, they “were nevertheless able to achieve meaningful long-term outcomes after successful downstaging,” the study team wrote.

On the other hand, she said, those whose tumors cannot be downstaged should probably not be considered for a transplant.

“We’ve been learning more and more that it’s not just size and number of tumors that matters when predicting how well patients will do,” Dr. Tabrizian continued. 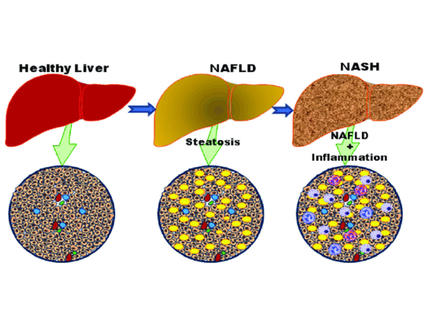 Mice that lack the β2-spectrin protein in their livers are protected from liver cancer.

For example, she explained, the ability to shrink tumors to meet the Milan criteria is thought to indicate that the cancer is less aggressive than those tumors that don’t respond well to treatment.

Dr. Tabrizian’s team also identified several patient factors, such as having more than three liver tumors at diagnosis, that were linked with the likelihood that a person’s cancer would not respond well to treatments aimed at downstaging. These factors may “aid in decision-making and risk-benefit assessment,” the study team wrote.

In a living donor transplant, one section of a healthy living person’s liver is removed and used to replace the patient’s diseased liver. This approach is possible because the liver can quickly regrow in both the donor and recipient. However, the surgery still has some risk for the donor.

The new study results provide data that can better inform decisions about allocating organs to people with HCC and other liver diseases, Dr. Fong wrote in his editorial.

For people with HCC tumors that are initially beyond the Milan criteria, he wrote, developing a panel of additional tumor markers, like alpha-fetoprotein and others, that might predict which patients will do best with a transplant “could help to optimize organ use.”

“More robust studies are still needed to make this downstaging policy globally acceptable,” Dr. Tabrizian said. “Hopefully, we can continue to show excellent results [for these patients] and make this a standard of care” worldwide.

“And as we improve our understanding of tumor biology and of this disease, we hope we can continue to expand the criteria for transplant eligibility and increase cure rates,” she continued.

Although the shortage of healthy donor organs remains a challenge, she hopes that by increasing awareness and increasing organ donations this problem could be solved.

Finally, Dr. Kulik said, the study highlights the importance that people with liver cancer be seen by experts in liver cancer treatment and transplantation to increase their chances of receiving a potentially lifesaving transplant. This has become easier with the rise of telemedicine and video consultations, she added.

And, she continued, “we see such a difference in people after they undergo a transplant and have a new chance at life.”