A study in India has found that an ultra-low dose of the immunotherapy drug nivolumab (Opdivo) helped people with advanced head and neck cancer live longer. And because the dose is 6% of what’s typically used in the United States and Europe, it is potentially more affordable.

In the clinical trial, the research team added an ultra-low dose of nivolumab to the standard treatment for head and neck cancer in India. The combination more than doubled the percentage of patients still alive 1 year later compared with the standard treatment alone, according to results published October 20 in the Journal of Clinical Oncology.

The findings may have a limited impact on head and neck cancer treatment in the United States, where the causes and treatments for these cancers are different from those in India, warned Charalampos Floudas, M.D., a head and neck medical oncologist in NCI’s Center for Cancer Research, who wasn’t involved in the work.

But several researchers said the results have larger implications: the potential to put the expensive immunotherapy drug within reach of many more people with cancer, particularly in low- and middle-income countries.

The ultra-low dose of nivolumab used in this study “decreases the cost of therapy to 5% to 9% of the cost of full-dose immunotherapy regimens,” wrote the study’s leader, Kumar Prabhash, M.D., and his colleagues.

“By using a small fraction of the nivolumab dose approved in the United States and Europe, this treatment regimen dramatically reduces the financial cost of immunotherapy, with the potential to increase access and improve patient outcomes in low- and middle-income countries,” Aaron Mitchell, M.D., M.P.H., of Memorial Sloan Kettering Cancer Center, and Daniel Goldstein, M.D., of Tel Aviv University, wrote in an editorial.

The study “is exciting and points to the value of doing cancer research and cancer clinical trials in [these] countries,” Dr. Gopal said.

The findings also highlight opportunities to test lower doses of nivolumab for people with other kinds of cancer and explore whether lower doses of other immunotherapies may also be effective, Drs. Mitchell and Goldstein noted.

The phase 3 clinical trial included 151 people with advanced head and neck cancer that had spread (metastasized) at the time of diagnosis or had come back after previous treatment (recurred).

All of the participants were randomly assigned to receive standard treatment with or without low-dose nivolumab. In India, the standard treatment for advanced head and neck cancer is frequent low doses of methotrexate, erlotinib (Tarceva), and celecoxib.

Patients in the immunotherapy group were given 20 mg of nivolumab every 3 weeks via an infusion. In the United States, patients are typically given 240 mg every 2 weeks.

“The magnitude of survival benefit that occurred with 6% of the FDA-approved dose of nivolumab for these patients is pretty remarkable,” Dr. Gopal said.

Tumors shrank or stopped growing for 59% of people in the immunotherapy group and 45% of those in the standard treatment group, the researchers found.

Among patients whose cancers shrank or stabilized, the immunotherapy treatment kept their cancer under control for longer: around 9 months versus around 3 months for the standard treatment.

Head and neck cancer in the United States

Around 90% of participants in the clinical trial had head and neck cancer of the mouth (oral cavity cancer), Dr. Floudas pointed out, which is related to the use of tobacco and smokeless tobacco, including betel quid.

But in the United States, there’s a steady decline in tobacco-related oral cavity cancers and an increase in head and neck cancers that form in the back of the throat (oropharyngeal cancer) and are related to HPV infections, he said.

So, based on this one study, there’s no way to know if a low dose of nivolumab would work the same way for HPV-associated oropharyngeal cancers, Dr. Floudas said. 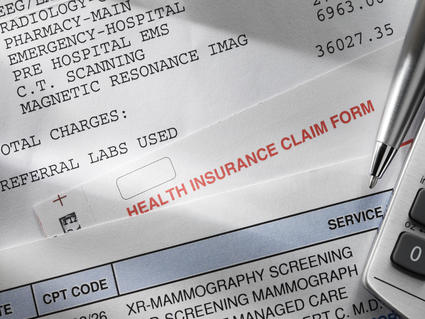 But newer treatments and tools are “often quite expensive, and how to address the escalating cost of cancer treatment—even in a high-income country like the United States—is something that we are really wrestling with,” he added.

For many people around the globe who don't have the means to access the newest treatments, “they are generally making do with less effective options, forgoing treatment altogether, and/or financially ruining themselves trying to receive care for their cancer,” Dr. Gopal explained.

And although clinical trials often test multiple doses of a new cancer treatment, the goal is to find the highest dose that patients can tolerate because “we’re assuming that the more drug that we can give, the more effective it's likely to be,” he noted.

But more and more, scientists and doctors are looking for ways to reduce the dose, frequency, and/or duration of cancer treatments without compromising their cancer-fighting effects.

Researchers hope that dose reductions could not just lower costs, but also lead to fewer side effects and reduced time burdens on patients and doctors, Dr. Gopal noted.

The new study also raises the possibility that lower doses of other immunotherapies could be effective for head and neck cancer as well as other kinds of cancer, Drs. Mitchell and Goldstein pointed out. The same idea could even be applied to other kinds of cancer therapy, they added.

“With lower doses and lower costs, many deaths could be prevented,” they wrote.

A global view of cancer research 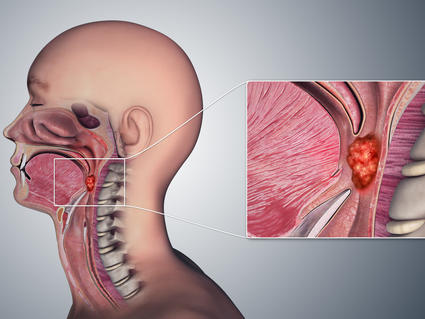 Researchers are studying whether less intense treatment can be safer but still effective.

The study of low-dose nivolumab is also a great example of the kinds of research questions that low- and middle-income countries are perfectly suited to tackle, Dr. Gopal said.

“Necessity is the mother of invention, [so] when you're forced to solve a very difficult problem, it often leads to creativity, ingenuity, and innovation,” he added.

“I think low- and middle-income countries may lead the way in [dose-reduction research] because in some ways, they have to do this work if they want to make these newer treatments accessible,” Dr. Gopal explained.

“Working closely with low- and middle-income country investigators and institutions, I think we are likely to gain insights that may be applicable in the United States,” he added.